A U.S. Navy commander pleaded guilty on Tuesday in connection with a bribery plot in which a Singapore-based military contractor allegedly sought classified information by providing prostitutes and expensive trips to Navy officers.

Jose Luis Sanchez, 42, is the top-ranking officer to plead guilty in the high-profile case, which was first made public in 2013 and involves multiple Navy officers, The Associated Press reports. The officer, known as “Fat Leonard” among Navy compatriots, and who has held lofty positions based in Japan and Singapore, could in March be sentenced to up to 20 years in prison for bribery and conspiracy to commit bribery.

In a plea bargain, Sanchez admitted to accepting hundreds of thousands of dollars worth of bribes — including a prostitute’s services, a $7,500 trip from the U.S. to Asia, and five days at Singapore’s luxury Shangri-La Hotel — from Leonard Glenn Francis, CEO of Glenn Defense Marine, which provided port services to the Navy in Asia. In exchange, Sanchez gave classified information to Francis that allowed his firm to overbill the Navy by at least $20 million since 2009, prosecutors allege. 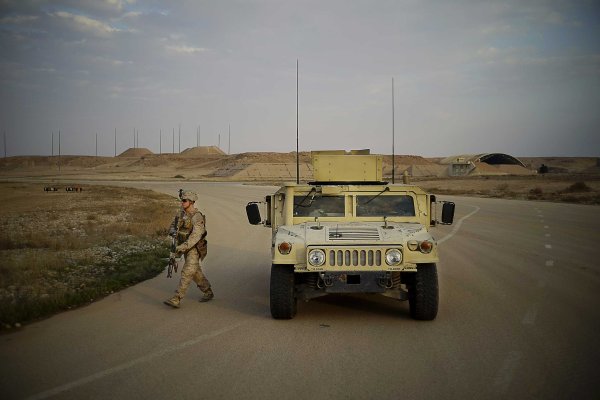 ISIS Fires on U.S. Troops
Next Up: Editor's Pick