Pawel Pawlikowski had long been best-known for his work in the English language, including Emily Blunt’s debut film My Summer of Love. But that changed in 2014, with a film in Pawlikowski’s native Polish, one that was eighty minutes long but still made time for moody silences. It was also shot in stark black-and-white. Ida, which is a nominee for the Best Foreign Language Film Oscar, may be the unlikeliest breakthrough in years.

Ida tells the story of Anna, a novice nun in the 1960s, who discovers that her family were Jews and killed in the Holocaust. The nun, whose given name is Ida, undertakes a trip to discover more about her family history with a problem-drinking aunt who knows more of the family story, and of the world outside the cloistered nunnery, than she’s immediately willing to tell.

The film, which has earned a staggering-for-its-class $3.7 million at the U.S. box office, is remarkable both as a work of art confronting the twentieth century and as a universal story of lost innocence and the world’s corrupting effect on individuals; it’s that latter thread that’s more compelling to Pawlikowski, who seemed less interested in the specifics of how Poland has changed over time. “What makes me really happy is that people who haven’t got a clue about Polish history in South Korea, Finland, and Spain get that it’s about the individual swept up in history,” he said. Pawlikowski may never again make a film as audaciously small as Ida, given the commercial imperative to go bigger, but he’s made enough waves with Ida to last him a career.

TIME: This film seems tailor-made to draw a very limited audience. Have you been surprised, then, by the reception?

Pawel Pawlikowski: I just wanted to make the kind of film I like to see. I tried to make it really coherent, where form had something to do with content and not to worry about commercial pressures at all, casting the actors who wanted to act. Black-and-white is a no-no. I did everything in the book you’re not supposed to! I knew it would work in some way, but I didn’t realize it’d hit such a chord in society at large. Obviously, something must have hit some bigger chord. I think possibly people are tired of too much noise, too much information, too much everything. This is like a meditation, one that takes you out of the present day and puts you in a different state of mind. It’s not the story but the way it’s made.

Do you think, then, that more movies like Ida will catch the public’s imagination?

I don’t know, because it takes patience. Everyone’s vying for attention. It was a real risk financially—and it didn’t cost much money, maybe 1.8 million dollars. You have to make these really cheaply and really out of love. No one made it with the intention of making money; if it broke even, it’d be a miracle. I think it might encourage young directors not to chase audiences, but to do things in their own way. If they have a story to tell and a world they want to show and an interesting way of doing it, they shouldn’t feel pressured by money into pursuing audiences. If it works, audiences will come to them, which is ideal.

What statement did you intend with the film’s austerity?

I didn’t have an ideological message. Art is not journalism. In art, you don’t make it to convey a message. Sometimes, movies do, but I steer clear of them. It’s got a lot of things in it and a dialogue within itself, but by stripping it down and not spinning things out and not showing everything, I had a film that says as little as possible and suggests as much as possible. That was the general notion. It’s full of paradoxes. It’s hopefully like a good work of art and not like an article made into a movie. I didn’t want to send a message.

To what degree has contemporary Poland come to terms with the Holocaust?

It’s a complicated nation: It’s got different humans, political parties, regions, and approaches. There’s a huge nostalgia for things Jewish and a museum of Jewish history just opened. And a lot of people are fascinated by that, missing it, and nostalgic. There’s a lot of interest and a lot of enthusiasm to recapture and portray and bring to life Jewish heritage. Polish and Jewish cultures are quite intertwined. But there’s a huge interest these days—a lot is being done to explore the past. Of course, there’s those Poles who risked their lives to help Jews. There’s interest and nostalgia; there are anti-Semites here and there, but I wouldn’t say they’re a majority. They make noise.

So many movies and plays are made, and it’s not a taboo subject. Censorship was abolished in 1989. It’s a normal, open society where things are debated. To describe Poland or the Poles implies it’s pretty uniform. It’s a very complex, multilayered, multi-regional society.

Has the film’s reception been complicated in Poland?

It’s not a rhetorical film, and the audiences that went to see it were art-house audiences. It was very well-liked; it won all the awards in Poland.

A film that stirred up more controversy was called Aftermath. That was a film with a message. it was a little more crude in what it’s doing. Ida is about humanity, about guilt and forgiveness. It’s not a film that deals with an issue as such. It’s more universal. What makes me really happy is that people who haven’t got a clue about Polish history in South Korea, Finland, and Spain get that it’s about the individual swept up in history, guilt, forgiveness, identity, and faith. It deals with universal things in a universal way. It doesn’t want to illustrate something. I didn’t want to make that kind of film, and such films have been made. They try to cause controversy, and they do, and that’s another way of making cinema

How did you recreate the Poland of this era?

It took ages to find locations. We drove around Poland for a long time. We shot in three locations that had the right elements. Poland looks different these days; it’s a capitalist society with a lot of color, different colors. It’s very vibrant these days. We had to create that simpler, more stripped-down world. Trying to bring that world to life took more time.

I think it’s pretty universally agreed-upon that Poland is better off today than it was in the mid-twentieth century. But has there been any trade-off?

It’s wonderful that Poland is free again and there’s open debate and people can pursue their interests. I’m all for it. The whole world, it’s a problem that there’s too much stuff being produced. We don’t have time to reflect on the important things in life. Poland is part of a globalized world. It’s not really a comment on Poland. There’s just a lot, too much.

So how do you metabolize being a part of big media spectacles like the Golden Globes and, potentially, the Oscars?

There’s a paradox there! I enjoy doing it, but there’s a paradox at the heart of it. By now, I’m not about me and how I feel. It’s about the film and all the people who worked on it. I just have to do right by a lot of people and the film. It’s great the film is getting recognized.

Do you feel guilt over having left Poland at a young age?

There’s a big dose of nostalgia in this film. I saw the world for the first time as a child; the film is full of images, songs, and, of course, places that ring a bell. It’s not just missing Poland, it’s also missing a period in my life and Poland’s life, a world that was emptier, with less noise, shaped by history rather than by the media. 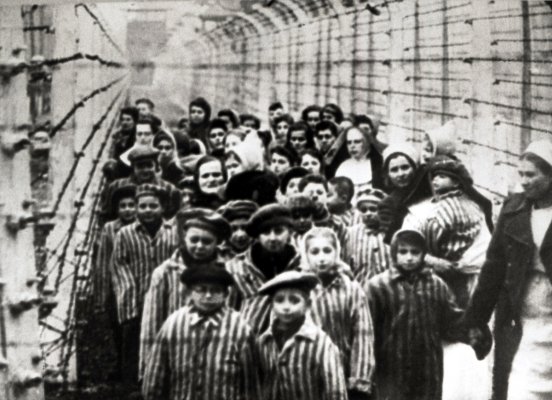