Editor’s Note: Chirlane McCray submitted this piece in early December, before the murders of two NYPD police officers. Ms. McCray tells us, “We in New York were shaken to the core by the horrific killings of two selfless men who embodied the NYPD’s highest ideals. In the wake of this tragedy, New Yorkers will work even more to strengthen the alliance between our police force and our communities.”

Last June, I attended a Brooklyn meeting of grandmothers who have stepped up and taken responsibility for their grandchildren, after violence threatened to tear their families apart. They call themselves Grandmother’s LOV (Love Over Violence), and they are remarkable.

The grandmothers (and a few extra-remarkable great-grandmothers) gather regularly to talk about their challenges and celebrate their successes. They support one another; they know firsthand how devastating it is when mothers or fathers are taken away from their children by murder or incarceration, and they want to help break that cycle of loss.

The New York Police Department (NYPD) founded the group and organizes all the meetings in partnership with the grandmothers and local clergy. As I watched the women interact with their local police officers as friends and partners, I was filled with a great sense of hope. This, I thought, is community policing in action, an organic alliance between police and a community in urgent need of protection.

But then, less than a month later, Eric Garner was killed in an encounter with NYPD officers. And I mourned the step backward as the community reflected on the death of yet another unarmed Black man. Like many, I wondered, What will it take to build a relationship of trust between communities of color and the police who serve them?

I think we must acknowledge that being a police officer is a tough, tough job. In the face of real physical danger, the officers are required to maintain their professionalism and composure. They have to sort out the so-called bad guys from good guys, without resorting to stereotype. And they must do all of this while respecting the dignity of everyone they serve.

We must also provide our police with training, tools and tactics that equip them to engage constructively with our incredibly diverse communities. That work is already well under way in New York City. The NYPD is in the process of retraining its entire patrol force. Officers will receive guidance on how to talk with citizens and—more important—how to listen. They will learn how to de-escalate tense interactions and recognize people who are struggling with mental health and substance abuse issues.

Moreover, under the leadership of my husband, Mayor Bill de Blasio, the NYPD is working toward decreasing the number of arrests for offenses that needlessly create the potential for physical confrontations between police and civilians. Toward that goal, the NYPD ended the overuse of stop and frisk. The city has also adjusted marijuana policy to reduce low-level arrests. And in order to monitor those physical confrontations that will happen, the city launched a pilot program to equip officers with body cameras.

I believe our progress depends on our recognizing the thread of humanity that binds us together, which brings me back to Grandmother’s LOV. In September, the NYPD expanded the program to all five boroughs. For me, this news was a reminder that the answers to our most vexing problems are within reach—we just need to grasp them. 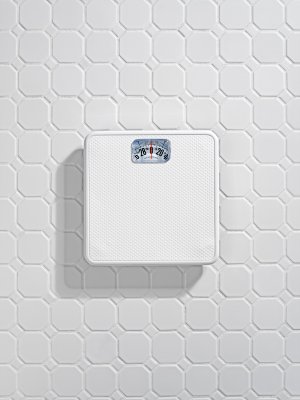 Why I'm Over the Size Acceptance Movement
Next Up: Editor's Pick