Ava DuVernay and David Oyelowo on Selma and Ferguson

In the new issue of TIME, director Ava DuVernay and actor David Oyelowo discuss their Golden Globe-nominated movie Selma—a look back at the voting-rights marches of 1965 that manages to feel utterly contemporary.

Its relevance comes in large part from the film’s refusal to treat its main character, Martin Luther King Jr., as an icon. In Oyelowo’s hands, the character becomes a frustrated, struggling, but ultimately triumphant leader, one who would not necessarily be out of place on the streets of Ferguson, Mo. Perhaps it helps that Oyelowo, who’s become a favorite for an Oscar nomination for Best Actor, never learned about King in school: The actor playing one of the 20th century’s greatest Americans is, in fact, British.

In this clip from TIME’s interview with DuVernay and Oyelowo, the pair discuss the resonance of Selma, as well as what may be the most important aspect of the film—the speech that was left out. 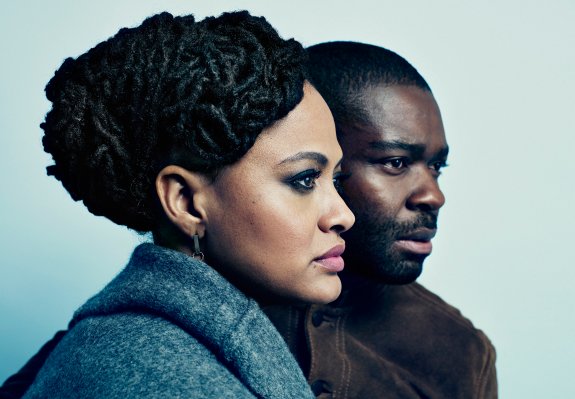 Selma: The Making of History
Next Up: Editor's Pick