Everything to Know About Boko Haram’s Advance in Nigeria

The Nigerian militant group Boko Haram has roared back into the headlines in recent days, with a series of bold attacks on remote villages in the country’s northeast, culminating with an assault on a multinational military base near a town called Baga on the shores of Lake Chad over the weekend.

Refugees fled on boats, while the last bastion of government control in the northern part of Borno State erupted into flames. As the uptick in attacks seems poised to disrupt the upcoming Presidential elections slated for Feb. 14, here’s everything you need to know about Boko Haram’s advance, and why its ambitions extend way beyond kidnapping schoolgirls:

Why are we seeing so many attacks in Nigeria’s northeast?

Borno State has long been a hotbed for Boko Haram supporters. Since the Islamist group started gaining strength in 2011, the militants and the military have traded control of many of the area’s small towns and military bases in a chess-like series of feints and retreats that have left the region perpetually on edge. “The militants build their capabilities by raiding police bases and armories for vehicles and weapons, then the military beats them back,” says Roddy Barclay, senior Africa analyst at Control Risks, a political risk consultancy.

But the military’s heavy-handed tactics, from arbitrary arrests and detention to extrajudicial executions, have alienated the local population. When a military operation is over, the militants move back in to remind local communities that they are the real source of authority. Even though Boko Haram also traffics in fear and intimidation, says Barclay, they have the local advantage. “[The most recent attack in] Baga is part of the cycle of violence that draws on local grievances to accelerate recruitment to the militant cause,” he says. The more the military responds, the more fresh recruits flock to Boko Haram.

Where will Boko Haram go next?

Boko Haram’s leaders have set their sites on the state capital Maiduguri, which they lost to government forces in 2011. Such a defeat would be a devastating blow for the Nigerian government, which suffered a major setback last year when militants launched a daring raid on the main military barracks. It is not clear that Boko Haram has the capacity, manpower and weapons to retake the town – at least for now. But they do have the capability to launch devastating suicide attacks, a method that they have used to great effect several times over the past 6 months.

Could the threat spread beyond Nigeria’s borders?

Boko Haram shares many characteristics of transnational terror groups; it adheres to the strict Salafist ideology of governance by Islamic law, and controls an estimated 30-35,000 square kilometers, roughly the same amount of terrain as Syria and Iraq’s Islamic State. It has also launched small scale operations in Cameroon and Chad in what some analysts have described as an attempt to establish Islamic rule across a region once contained within the borders of the historic Kanem-Borno Empire.

For the moment, though, it seems largely focused on its immediate region, in the country’s impoverished north-east. But even if the group’s activities have minimal impact outside that region, the symbolic weight is immense, says Peter Pham, Africa Director for the Washington D.C.-based Atlantic Center policy institute. “Nigeria is the regional power, and if its government is proven impotent in the face of the insurgency, that could have a spillover effect on other countries in the region,” which are equally threatened by Islamist uprisings.

And its domestic threat shouldn’t be understated, says Pham. “You have Africa’s most populous nation and its largest economy. And now it’s coping with a hollowing out of the state – the government can’t control its territory, resources are being diverted to combat the insurgency, and there is the reputational harm as well. Lagos may be a world away, but if terror attacks are the main news item coming out of the country, it won’t help the investment climate. “

What role will Boko Haram play in the upcoming Presidential elections?

Boko Haram has already denounced the elections as “un-Islamic.” Barclay, of Control Risks, predicts a surge in violent attacks in the weeks leading up to February’s vote. The result will be two-fold: along with the spread of terror, elections will not be be held in some areas due to the security risks, undermining the legitimacy of the candidate that secures the presidency — likely to be the incumbent Goodluck Jonathan. “Even if the election meets the legal requirements, it would still be a hollow victory,” says Pham. Jonathan’s campaign doesn’t need the three northern states most impacted by the insurgency to win, but if residents don’t turn out to vote for fears of an attack, it would shrink his mandate, says Pham. “That would not only weaken his hand in terms of dealing with the Boko Haram crisis, but also with the looming threat of declining oil prices” — Nigeria’s largest export.

And what happened to the kidnapped girls of Chibok?

Despite an ongoing government search, with U.S. assistance, none of the girls kidnapped last spring have been recovered. Most likely they have been forcibly married off to militants, or used as camp hands. Some local media outlets speculate that they could be part of a recent surge in female suicide bombers. But Boko Haram didn’t stop with the girls; for a militant group plagued by military losses, kidnapping is part of the growth strategy. Hundreds of men, women and boys have been kidnapped over the past year; the Baga offense started with the forced conscription of some 40 young men after a sermon at the local mosque, according to CNN. Hundreds more are likely to be abducted before the Chibok girls are ever found. 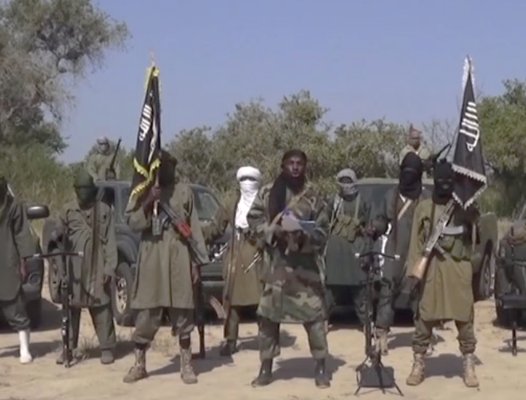 Militants Abduct 40 Boys, Men in Nigeria
Next Up: Editor's Pick