Israel Sentences Palestinian Kidnapper to Life for Killing of 3 Teenagers

Israelis hold a poster showing the three missing Israeli teenagers, as they attend a rally under the slogan 'Bring Our Boys Home' on June 29, 2014 in Tel Aviv, Israel.
Lior Mizrahi—Getty Images
By Dan Kedmey

An Israeli court sentenced a Palestinian man to life in prison on Tuesday, for the abduction and killing of three Israeli teenagers, which rapidly escalated into a wider regional war last summer.

Hussam Kawasmeh, a member of Hamas, was sentenced to three life terms for devising the plan to abduct three Israeli teenagers hitchhiking along a road in the West Bank, Reuters reports. The youths were lethally shot and found buried in the West Bank some three weeks after their disappearance.

Two members of the Hamas cell behind the attack were killed in a firefight with Israeli troops, while Kawasmeh, one of the sole survivors, was arrested in a West Bank raid in August.

The killing was quickly followed by a revenge attack against a Palestinian teenager in Jerusalem and flared out into 50 days of sustained conflict in the Gaza war last summer. 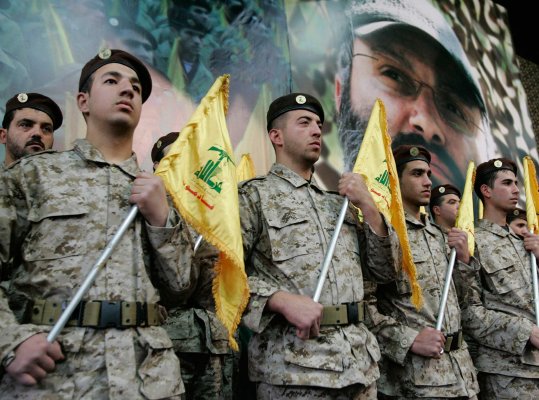 Israeli Infiltration Suggests Hizballah Is Having a Mid-Life Crisis
Next Up: Editor's Pick