Twelve African countries with the highest prevalence of HIV/AIDS are currently the largest recipients of international AIDS funding. But it’s now possible for many of them to make domestic spending on the disease a priority, a new study says.

As countries in sub-Saharan Africa gain better financial footing, funds from donor countries are tightening. Researchers from Harvard School of Public Health and the Results for Development Institute decided to test a couple of scenarios to see whether funding for the AIDS response could be re-allocated so African countries would finance a greater share.

Their results, published in the journal The Lancet Global Health, show that overall, the 12 countries—Botswana, Côte d’Ivoire, Ethiopia, Kenya, Mozambique, Namibia, Nigeria, Rwanda, South Africa, Tanzania, Uganda and Zambia—could provide a greater share of the costs of AIDS programs in their countries over the next five years. However, several countries will still need support from donors, even if they were to provide their maximum funds.

By looking at factors like expected growth and total government spending, and then comparing them to the countries’ AIDS needs, the researchers found that in most scenarios, AIDS expenditures for three of the upper-middle-income countries (Botswana, Namibia and South Africa) exceed their needs. In many cases, they found, these three countries could actually fund their needs solely from domestic resources. Other low-income countries like Mozambique and Ethiopia would still need to largely rely on donors.

Currently, the dozen countries are home to more than 50% of AIDS cases worldwide, as well as 56% of financial aid for the disease. They also account for 83% of funding from the U.S. President’s Emergency Plan for AIDS Relief (PEPFAR), which makes up one of the largest shares of international donations. In 2014, the United Nations program UNAIDS estimated that a “fast-tracked” response to ending the AIDS epidemic would mean we’d need $35 billion each year by 202o, but in 2012, only $19 billion was available and almost half came from international sources. To meet such goals, the researchers suggest their new funding strategy.

Almost none of the 12 countries meet possible financing benchmarks that the study authors believe to be reasonable. If the countries spent more domestically, researchers say that self-funding could increase 2.5 times and could cover 64% of future needs. That would still leave a gap of about $7.9 billion.

“Coupled with improved resource tracking, such metrics could enhance transparency and accountability for efficient use of money and maximize the effect of available funding to prevent HIV infections and save lives,” the study authors conclude. Sharing the financial burden of AIDS more equitably may be one strategy for eradicating the disease faster. 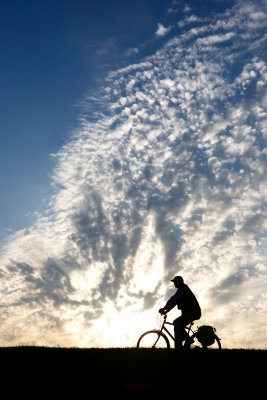 Here's How to Make Sure No One Can Ever Guess Your Age
Next Up: Editor's Pick