Your Favorite Google Feature Is About to Get Way Better

An iPhone 5 streaming video from Netflix during a demonstration of the new Google ChromeCast at an event in July 2013.
Bloomberg via Getty Images
By Victor Luckerson

Google seemingly struck gold with Chromecast, the simple streaming dongle that lets users fling video content from their phones to TV screens. Now the company is adapting the same technology to audio with Google Cast, a new initiative announced Monday at the Consumer Electronics Show.

With Google Cast, users will be able to control the audio of compatible speakers using their smartphones, tablets or via the Web. This is not quite the same as simply hooking your phone up to regular wireless speakers via Bluetooth, though. The Google Cast speakers will stream music from the cloud—the phone, computer or tablet acts more like a remote control through which users can pick songs or playlists. Even if you turn your phone off or boot up a different app, tunes will keep playing.

The Google Cast speakers will work with music services such as Google Play Music, Deezer and Pandora. Speaker manufacturers Sony, LG and HEOS by Denon will launch the initial compatible devices in the spring.

Music isn’t the only entertainment sector where Google is expanding. The company also announced that Sony, Sharp and Phillips will launch new smart TVs powered by Android this spring. Video game company Razer is also launching a new gaming console powered by Android that will let users stream PC games onto their television sets. 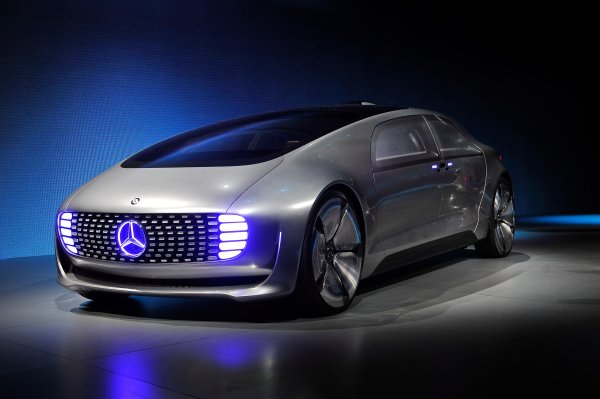 Here Is Mercedes' Outrageous Vision for the Future of Cars
Next Up: Editor's Pick