In a new interview with The New York Times Magazine Anne Hathaway says she doesn’t profess to have much Oscar-hosting advice for Neil Patrick Harris, though she seeks to lead by example—of what not to do.

When asked if she had any words of wisdom for Harris, she replied: “Do the opposite of what I did, and you’ll be fine.” But she wouldn’t go too deep into the details of what went wrong with her 2011 hosting gig alongside human art installation James Franco. “I think it’s so obvious that it doesn’t even need to be identified,” she said. “He’ll be great. He’s a natural host.”

Hathaway was equally blunt when asked about the source of the “vitriol” that followed her Oscar win for Les Misérables. “Oh, I think you can’t answer that and be a self-respecting person,” she said.

Hathaway, whose movie Song One is being released later this month, was more forthcoming when discussing her New Year’s resolution (she’s going to try sober January) and vaping (she doesn’t judge). 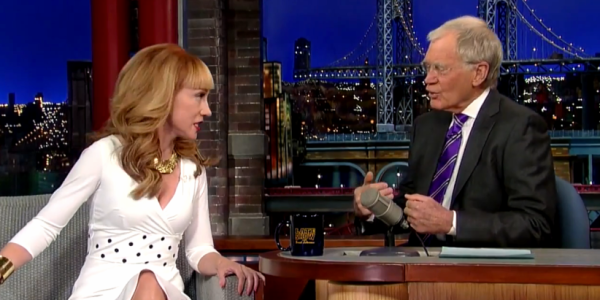 Watch Kathy Griffin Call David Letterman Out on His Style
Next Up: Editor's Pick