Congress Now Has More Black Lawmakers than Ever Before

With the swearing in of the 114th Congress on Tuesday, there will be more African Americans in the legislature than in any other period in history.

The Congressional Black Caucus is set to have its largest caucus in history with 46 total members including Rep. Mia Love of Utah, the first African American female Republican elected to Congress, and Sen. Cory Booker (D-NJ).

Though the first black Congressional members were elected in the late 1800s, there were fewer than ten in every session until the 1970s. In the 91st Congress (1969-71), the number of African Americans serving finally topped 20. Over the past two decades, the number of black members has remained between 39 and 44, according to the Congressional Research Service.

In 2015, however, Congress will be home to 44 black representatives, plus two Senators and two non-voting delegates to the House, bringing the total number of black legislators to 48.

Congress remains unrepresentative of the nation as a whole, however, where only 63% of the population is white and a little more than half of all citizens are women. Now, some 18% of the nation’s federal lawmakers now are racial minorities and 20% are women. Congress is also majority Christian, with only one member serving who is religiously unaffiliated–in the U.S., about 1 in 5 adults identifies as such. 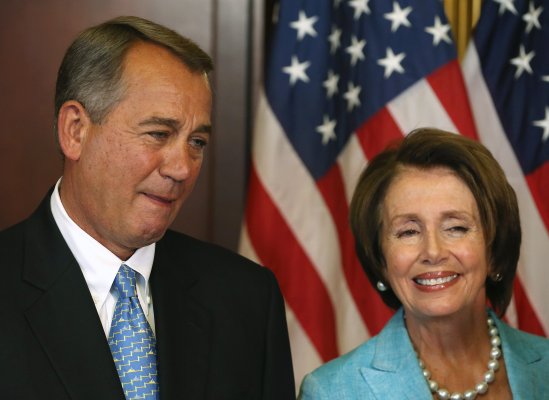