Sarah Palin Bites Back at PETA 'Hypocrites' Over Dog Flap

Sarah Palin branded animal rights group PETA as “hypocritical” on NBC’s Today show on Tuesday, after the group blasted the former Vice Presidential candidate as “callous” for posting a pic of her 6-year-old son standing on his service dog.

Palin said the group’s criticism of her over the photo of her son Trig standing on the dog in order to reach the sink was odd, given its praise and support for people who have done worse things to animals. Most notably, she said, PETA’s 2009 “woman of the year” Ellen Degeneres posted a strikingly similar image on social media, which the group in turn shared.

“It’s the exact same image, a kid using the canine as a step stool and the outcry there with Ellen’s posting was oohs and ahhs and sweet,” Palin said Tuesday. She also notes that the group’s person of the year, Mayor Bill de Blasio, dropped a groundhog who later died.

“Man of the year, I think just last year, 2014, was Mayor de Blasio and he he had just, doggone it, killed a groundhog when he dropped it last year on groundhog day,” Palin said. “[It’s] absolutely hypocritical, double standard usual applied to, perhaps, constitutional conservatives.”

She also noted, again, that at least Trig “didn’t eat the dog,” a shot at President Obama who admitted to trying dog meat as a child in Indonesia.

Watch the full interview at Today.com.

Read next: Sarah Palin Is Right: It’s a Blurry Line Between Edible and Pettable on the Frontier 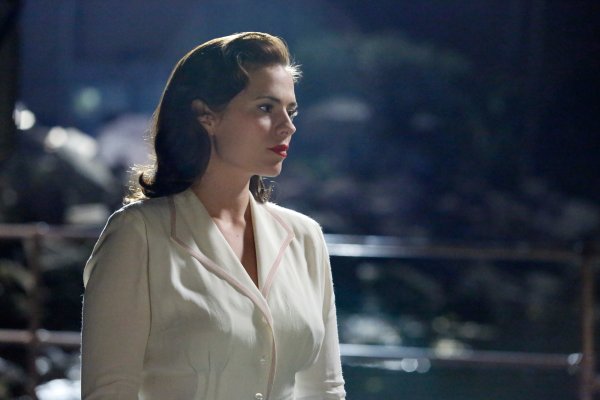