Attorney and law professor Alan Dershowitz discusses allegations of sex with an underage girl levelled against him, during an interview at his home in Miami Beach, Fla. on Jan. 5, 2015.
Andrew Innerarity—Reuters
By Megan Gibson

Lawyer and former Harvard law professor Alan Dershowitz has taken legal action to contest claims he had sex with an underage girl provided by financier and former client Jeffrey Epstein, the BBC reports.

Dershowitz, along with Epstein and Prince Andrew, were all named in court papers filed last week in Florida as part of an ongoing lawsuit involving Epstein, who was convicted of soliciting prostitution in 2008. In the motion filed last week, one woman — named as Jane Doe #3 in the papers, but since revealed to be a woman named Virginia Roberts — claims she was sexually trafficked by Epstein, who lent her to “politically connected and financially powerful people” for sex, including Dershowitz and Prince Andrew.

Both Dershowitz and Prince Andrew have denied the allegations. In a statement, Buckingham Palace said on Jan. 4, “It is emphatically denied that HRH The Duke of York had any form of sexual contact or relationship with Virginia Roberts. The allegations made are false and without any foundation.”

The BBC says that Dershowitz has now filed papers at a court in Florida, asking for his name to be removed from the documents which accuse him of having sex with the underage girl. In the documents, the lawyer says he is the victim of salacious allegations and wants to take action to protect his reputation. 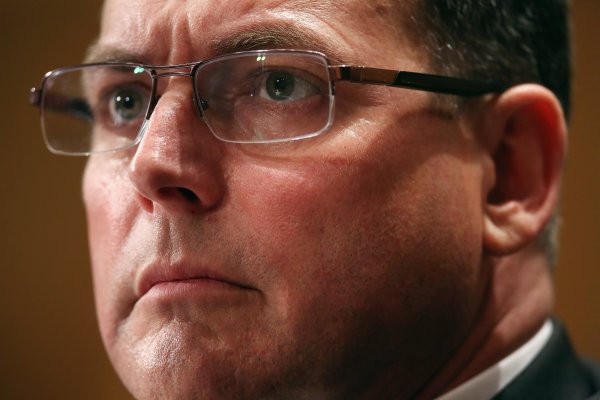 CIA Says Its Inspector General Will Resign
Next Up: Editor's Pick