This Pill Can Trick the Body Into Losing Weight, Study Finds

We live in an age where, at any given time, we’re within reasonable range of a chocolate glazed donut. In the face of such temptation, who wouldn’t love to pop a pill to help undo the damage of giving in? Diet pills that are effective and safe have long been elusive, but a new trial on mice published in the journal Nature Medicine suggests a new kind of diet pill might someday have a place in our cabinets.

Here’s how the pill works. Once the pill hits the stomach, it triggers the gut to release a series of signals that normally follow after eating. “Our pill mimics that particular signal, but does it without any food coming in,” says senior author of the paper Ronald Evans, a biologist and director of the Gene Expression Laboratory at the Salk Institute for Biological Studies. “It’s kind of like an imaginary meal.”

Interestingly, the drug doesn’t suppress appetite; the mice ate the same amount they always had, but still lost weight. That’s because the drug kickstarts metabolic activity in the tissues where fat is stored, since the body is trying to make room for new fat to come in. You get the benefits of tissue activation, activation of blood circulation, and all the prep your body exerts to prepare for an influx of calories. But those calories never come. The drug doesn’t get absorbed, and it’s eliminated.

The team tried this on mice with fatty liver disease, diabetes or obesity. In all three of those situations, popping the pill led to improved liver function, reduced inflammation, more fat burning, weight loss and lower glucose levels, Evans says. “We’re hopeful in patients that this will translate in a similar way,” he says.

“It sounds crazy, but the new idea is it’s possible to develop drugs that just work in the intestine and pass through that have major systemic or body-wide effects, and it’s possible to do this in a very safe way,” Evans says. We’re still a few years away from trying this in humans, he says, but it’s definitely something to keep watching. “I think there’s a significant advance here that will have an important place in treatment of metabolic disease.” 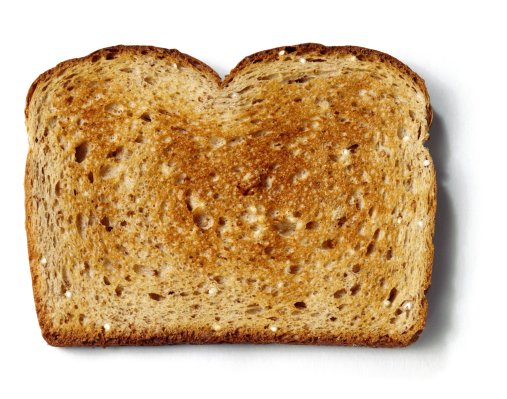 This Kind of Carb Protects Your Heart, Study Says
Next Up: Editor's Pick