Here's Everything You Need To Know About 4K TVs

Toshiba Ultra HD 4K televisions are on display at the Toshiba booth at the 2014 International CES at the Las Vegas Convention Center on January 7, 2014 in Las Vegas, Nevada.
David Becker—Getty Images
By Victor Luckerson

Another Consumer Electronics Show has arrived, and again tech companies are trotting out shiny new television sets that they hope will convince you to upgrade from your plain old flatscreen.

Since 3D TV has been declared dead, manufacturers are now pivoting to 4K TV, a new super-high-definition resolution that’s supposed to put your current 1080p set to shame. But 4K (also known as “Ultra HD”) is still a new technology that’s yet to see wide mainstream adoption.

Here, we offer a primer on the ins and outs on 4K and how to know whether it’s worth splurging on a new higher-def TV.

4K is a screen resolution format that displays significantly sharper images than traditional consumer HDTVs. 4K resolutions can vary slightly, but the most popular resolution for consumer TVs is 3840 x 2160 pixels, which conforms to the traditional 16:9 aspect ratio for TV sets and computer monitors. The format is called “4K” because the images are around 4,000 pixels wide.

A 4K TV is just a TV that has the ability to display images at the 4K resolution. These sets are being billed as the next big jump in TV-watching in the same way that 720p and 1080p high-definition televisions were the big improvement from old big-box CRT sets. All the big TV manufacturers, such as Sony, Samsung, Panasonic and LG, are now selling 4K TVs.

How much better is a 4K TV than a regular HDTV?

In terms of specs, an image at 4K resolution boasts 8.3 million pixels, which is four times the number of a 1080p image. That means the image is significantly sharper and you can get much closer to the screen before being able to discern the individual pixels. It also means you can cram more content onto an individual screen–on a 4K computer monitor, for instance, it’s easier to have multiple windows open at once and have them still be readable.

However, the benefits of 4K resolution are limited by the ability of the human eye to perceive detail. The further you are from the screen, the harder it will be to discern the increased resolution on a 4K set. On a 55-inch 4K TV, Sony recommends sitting within five to six feet of the screen to get the full benefit of the bump in resolution. But a typical living room is set up to place the TV significantly further away from the viewer. In a room where the viewer is ten feet from the TV, for instance, various experts estimate that the screen would need to be at least 80 inches large before a typical person would notice the boost in resolution over 1080p.

What content can I watch in 4K resolution right now?

Not much. TV content is only being broadcast in 4K resolution on a few select channels around the world, and the FCC has only just begun experimenting with the format in the U.S. Netflix has cobbled together a limited selection of “Ultra HD” content that includes all of Breaking Bad, season two of House of Cards and the movie Ghostbusters 2, but it costs an extra $3 per month to access those movies and shows.

Amazon also recently began streaming some of its original shows and other content like BBC America’s Orphan Black in 4K at no extra charge to users. Meanwhile, Sony and Samsung offer media players that can play certain 4K content, but they’re wildly expensive. 4K Blu-ray players are expected to launch by the end of the year, but it seems likely that streaming services will be the most common and affordable way to access 4K content in the future (though even that will require an extremely fast Internet connection).

For now, the main benefit of a 4K TV is that it can upscale lower-resolution content. Customers who decide to get a 4K TV should make sure it has a quality upscaler so that TV programming, DVDs and regular HD video streams still look good on the set.

How much will a 4K TV cost me?

Just a couple of years ago 4K TVs were running about $20,000, but 2015 will be the year they hit mainstream prices. Sharp, for instance, just announced a new line of 4K TVs that will start under $750. But just like in the early days of HDTV, you should be wary of especially cheap sets because manufacturers are still working out the kinks in 4K technology.

For the average couch potato, a 4K TV probably isn’t an essential investment yet. The sets still cost a lot more than HDTVs, which are now dirt cheap. There’s a limited amount of content available at that high of a resolution in most cases that content costs more than regular HD shows and movies. Even if you get your hands on some 4K video, you won’t be able to notice the improved image quality unless you’re pretty close to the TV set.

If you have an elaborate home theater set up that can accommodate a massive screen and have money to splurge on cutting-edge tech, a 4KTV is a reasonable long-term investment, since TV manufacturers and content creators are betting on it as the future. But regular old high-def TV isn’t going anywhere anytime soon, so you can also rest easy skipping out on 4K for now. 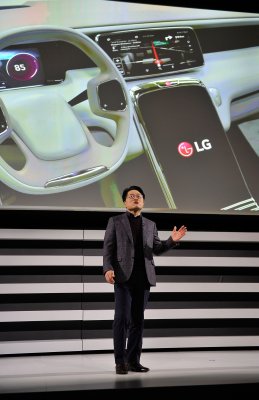 Hidden Gems to Look for at the Consumer Electronics Show:
Next Up: Editor's Pick