It’s a new year, and love is in the air – unless you are at Chicago’s United Center.

The home of the Chicago Bulls captured a lovers’ quarrel on its kiss cam during Saturday’s game against the Boston Celtics, and now it’s going viral.

Video of the Jumbotron moment shows a young couple popping up on the infamous kiss cam, but instead of puckering up, the pair starts bickering. Mad that her suitor is yapping on his cellphone instead of swapping spit, the girl tries to get his attention by swatting at him.

After a brief argument on the arena’s big screen, the guy goes back to his phone call, leaving his lady to sit unsmooched. Thankfully, Benny the Bull knows chivalry isn’t totally dead.

The Bulls’ mascot stomps into the frame, throws a cup at the chatty dude and then carries the woman off into the sunset … or food court.

Some viewers believe this televised tiff is an obvious stunt – it wouldn’t be the first – but does that really matter? Genuine or staged, this clip gets a vital message across: Nothing is more important than the kiss cam. 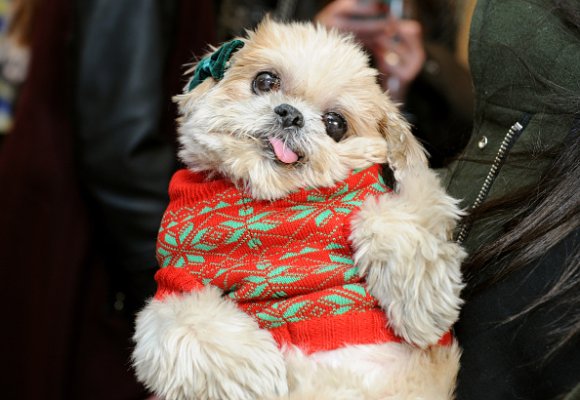 Hundreds of Thousands Post Dog Photos on Facebook in Support of Teen Fighting Cancer
Next Up: Editor's Pick