Scarlett Johansson Confirmed to Star in Ghost in the Shell

Coming off the success of her lead role in last year’s blockbuster Lucy, Scarlett Johansson is set to star in another sci-fi action movie, Dreamworks’ live-action adaptation of the iconic Japanese anime/manga Ghost in the Shell.

Ghost in the Shell was originally created by Masamune Shirow in 1989 as a manga, or Japanese comic book, before being adapted into an anime movie by the same name in 1995. Set in the year 2029, the franchise revolves around the exploits of Major Motoko Kusanagi, a cybernetically enhanced cyborg who works for a fictional covert ops division of Japan’s National Public Safety Commission called Public Security Section 9. Major Motoko and her team engage in everything ranging from counter-terrorist activities to cyber warfare to help maintain the status quo in a futuristic Japan.

No details have been released yet about how Ghost in the Shell will be adapted, leaving everything from the setting to even the name of the iconic main character, Major Motoko, up to question.

With Hollywood’s poor track record with anime adaptations (Dragonball: Evolution and Speed Racer), here’s hoping Ghost in the Shell, doesn’t deviate too far from what made the original anime/manga a cult classic.

Via The Hollywood Reporter 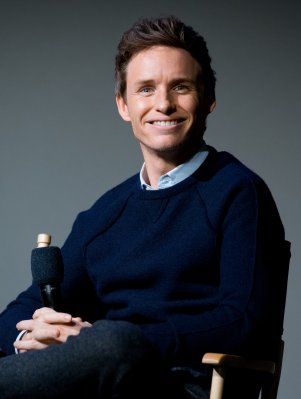 Watch Eddie Redmayne Reenact His Failed The Hobbit Audition
Next Up: Editor's Pick