Cable’s great unbundling continues Monday with Dish Network’s announcement of a new slimmed-down package of streaming TV channels that will include the most valuable cable network of them all — ESPN.

The new streaming service, dubbed Sling TV, will offer live online broadcasts of 11 cable channels for $20 per month. No long-term contracts or additional hardware are required for the service, which will launch in the first quarter of 2015.

Nabbing ESPN could be a particularly lucrative get for Dish. The sports network has been notoriously reticent to offer up its most-watched content to people who don’t pay for pricey cable subscriptions. Dish’s new offering doesn’t do away with the cable bundle entirely, but it offers TV viewers a more affordable way to gain access to a small selection of channels for the first time (the average American cable subscriber received 189 channels in 2013, but watched only 17 of them).

The full list of channels available on SlingTV are ESPN, ESPN2, TNT, TBS, Food Network, HGTV, Travel Channel, Adult Swim, Cartoon Network, Disney Channel, ABC Family and CNN. Customers will also be able to add extra channels through “add-on packs” that cost an additional $5 per month. A kids-themed package will feature channels like Disney XD and Boomerang, while a news-focused version will include HLN and Bloomberg TV. A sports add-on pack is also on the way.

The service will be available on desktops and laptops via a Sling TV website, as well as on iOS and Android devices. Dish is also making specific apps for Amazon’s Fire TV and Fire TV Stick, Google’s Nexus Player, select LG and Samsung Smart TVs, Roku’s streaming devices and the Xbox One. Users will be able to pause, rewind and fast-forward content on most live channels, and some channels will will let viewers automatically pull up any show that aired in the last three days.

Notably absent from Dish’s channel lineup is any content from the broadcast networks—ABC, CBS, NBC and Fox—and Viacom, which owns cable mainstays like Nickelodeon and Comedy Central. Dish says it plans to expand its channel offerings in 2015.

Dish has cast Sling TV as a play to lure millennials back into the world of pay-TV, as many of them have opted to buy cheap services like Netflix instead of cable subscriptions. “This service gives millions of consumers a new consideration for pay-TV; Sling TV fills a void for an underserved audience,” Dish CEO Joseph P. Clayton said in a press release.

However, it’s also possible that the proliferation of cheaper ways to access live TV could accelerate the decline of the traditional cable bundle. With HBO also planning to launch a standalone online streaming service in 2015, the number of alternatives to the tried-and-true cable model will only increase as the year progresses. 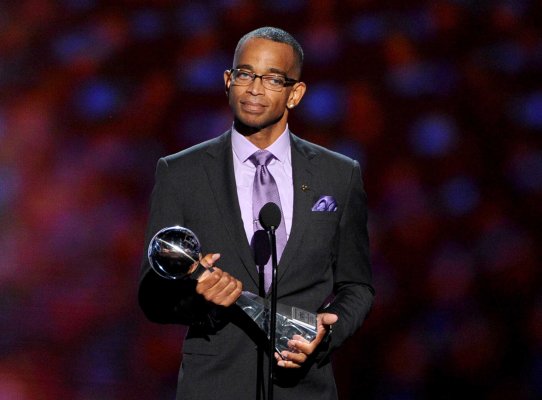 The Soul of Stuart Scott
Next Up: Editor's Pick