The nearly 50 percent plunge in the price of oil during the past six months is expected to leave oil-rich Saudi Arabia with its first budget deficit since 2011 and the largest in its history.

Oil prices have been dropping since June because of a market glut, caused in part because of prodigious oil extraction in the United States from shale formations.

As a result of this glut, OPEC was urged to cut production levels at its Nov. 27 meeting in Vienna in an effort to shore up prices, but wealthy members of the cartel, led by Saudi Arabia, decided to keep production at its nearly two-year-old level of 30 million barrels a day.

Saudi Oil Minister Ali al-Naimi has since explained that the OPEC strategy was to reclaim market share. Fracking has made the United States, once the cartel’s largest customer, nearly self-sufficient in oil. But fracking is expensive, and many believe it can’t be profitable if the price of oil falls much below its current level of around $60 per barrel.

Oil is the principal, if not the only, resource in Saudi Arabia, so it’s clear that the price of oil has a strong influence on how the country’s annual budget is drawn up. Different analyses, however, provide different answers to how Riyadh has forecast the commodity’s value. Four of these reports say the Saudi budget is predicated on oil averaging $55 to $63 per barrel in 2015.

One, from the Saudi investment bank Jadwa Investment, said the budget shows that the kingdom expects its oil exports to average $56 per barrel in 2015. Monica Malik, the chief economist at Abu Dhabi Commercial Bank, agrees, putting Saudi oil expectations at $55 per barrel.

The National Commercial Bank, the largest financial institution in Saudi Arabia, said the Finance Ministry expects a price of $61 per barrel. And Emad Mostaque, an oil strategist at Ecstrat, which consults for emerging markets, said the kingdom expected a price of $63 per barrel.

One particularly knowledgeable analyst is John Sfakianakis, the former chief economic adviser to the Saudi Finance Ministry. He told the London-based Arabic-language newspaper Asharq Al-Awsat that the budget is predicated on oil prices that are appreciably higher, averaging about $75 per barrel in 2015 while keeping production steady at 7 million barrels per day.

“What happened is a surprise to some extent, for amid this huge decline in the price of oil, the majority of people believed that the Saudi budget would base its projected revenues on $60 per barrel,” Sfakianakis said.

“When Saudi Arabia bases its projected oil revenues for next year on $75 per barrel, it is sending a strong message to the market that it expects oil prices to rebound next year,” Sfakianakis said. 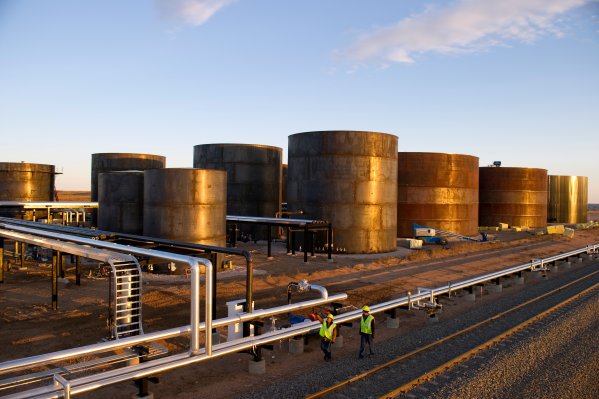 Could Libyan Militants Spark an Oil Price Rebound?
Next Up: Editor's Pick