As we ring in the New Year, let’s take stock of where we are at with the oil markets. 2014 proved to be a momentous one for the oil markets, having seen prices cut in half in just six months.

The big question is what oil prices will do in 2015. Oil prices are unsustainably low right now – many high-cost oil producers and oil-producing regions are currently operating in the red. That may work in the short-term, but over the medium and long-term, companies will be forced out of the market, precipitating a price rise. The big question is when they will rise, and by how much.

So, what does that mean for oil prices in 2015? It is anybody’s guess, but here are the top five variables that will determine the trajectory of oil prices over the next 12 months, in no particular order.

1. China’s Economy. China is the second largest consumer of oil in the world and surpassed the United States as the largest importer of liquid fuels in late 2013. More importantly for oil prices is how much China’s consumption will increase in the coming years. According to the EIA, China is expected burn through 3 million more barrels per day in 2020 compared to 2012, accounting for about one-quarter of global demand growth over that timeframe. Although there is much uncertainty, China just wrapped up a disappointing fourth quarter, capping off its slowest annual growth in over a quarter century. It is not at all obvious that China will be able to halt its sliding growth rate, but the trajectory of China’s economy will significantly impact oil prices in 2015.

2. American shale. By the end of 2014, the U.S. was producing more than 9 million barrels of oil per day, an 80 percent increase from 2007. That output went a long way to creating a glut of oil, which helped send oil prices to the dumps in 2014. Having collectively shot themselves in the foot, the big question is how affected U.S. drillers will be by sub-$60 WTI. Rig counts continue to fall, spending is being slashed, but output has so far been stable. Whether the industry can maintain output given today’s prices or production begins to fall will have an enormous impact on international supplies, and as a result, prices.

3. Elasticity of Demand. The cure for low prices is low prices. That cliché can be applied to both the supply and demand side of the equation. Will oil selling at fire sale prices spur renewed demand? In some countries where oil is more regulated, low prices may not trickle down to the retail level. Countries like Indonesia are scrapping subsidies, which will be a boon to state coffers but will diminish the benefits to consumers. However, in the U.S., gasoline prices are now below $2.40 per gallon, more than 35 percent down from mid-2014. That has led to an uptick in gasoline consumption. In the waning days of 2014, the U.S. consumed gasoline at the highest daily rate since 2007. Low prices could spark higher demand, which in turn could send oil prices back up.

4. OPEC’s Next Move. OPEC deserves a lot of credit (or blame) for the remarkable downturn in oil prices last year. While many pundits have declared OPEC irrelevant after their decision to leave output unchanged, the mere fact that oil prices crashed after the cartel’s November meeting demonstrates just how influential they are over price swings. For now OPEC – or, more accurately, Saudi Arabia – has stood firm in its insistence not to cut production quotas. Whether that remains true through 2015 is up in the air.

5. Geopolitical flashpoints. In the not too distant past, a small supply disruption would send oil prices skyward. In early 2014, for example, violence in Libya blocked oil exports, contributing to a rise in oil prices. In Iraq, ISIS overran parts of the country and oil prices shot up on fears of supply outages. But since then, geopolitical flashpoints have had much less of an effect on the price of crude. During the last few weeks of 2014, violence flared up again in Libya. But after a brief increase in prices, the markets shrugged off the event. Nevertheless, history has demonstrated time and again that geopolitical crises are some of the most powerful short-term movers of oil prices. 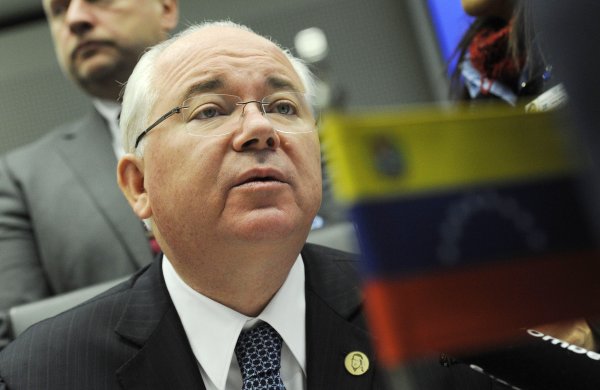