Sarah Palin Is Right: It's a Blurry Line Between Edible and Pettable on the Frontier

Alaskans are very practical people. They have to be, living in such a brutal, if beautiful, environment. They love their dogs, like the rest of us, but by the same token, in a place as unforgiving as Alaska, any creature that walks, flies, swims or any combination thereof can be viewed as companion or, in a pinch, protein. It’s an undeniable part of Alaskan history. Dogs are friends and beasts of burden that are highly valued. But if you’re starving in the wild, your dogs are a resource. Jack London wrote about this in Call of the Wild in 1903—a long time before Walmart got to Anchorage.

This history is what Sarah Palin, Alaska’s governor before she quit, was hinting at in a tweet that got the animal-rights knights at People for the Ethical Treatment of Animals (PETA) all kinds of crazy. Palin had posted a photo of her son Trig using the family’s black Labrador retriever, named Jill, as a step stool to reach a kitchen counter to help his mom prepare some food. Trig is 6 and is a Down-syndrome kid, so using the dog as a booster was as innocent as it was instinctive. Jill wasn’t available for comment, but given the nature of family pets—and Labs in particular—she probably shrugged it off. Dogs seem to sense how to react to the indignities that kids can inflict on them. They are quite forgiving; sometimes I wish I had their patience.

PETA had no such patience. The organization excoriated Palin for posting the pet-as-pedestal pic, to which Palin, a known moose quarterer, replied, “Chill, at least Trig didn’t eat the dog.” PETA did not chill. Instead, the organization chided Palin, saying that she “knows PETA about as well as she knows geography.” You know that Palin was relishing this confrontation, given how much she loves to antagonize her political opposites.

Yet if we are being honest about our food groups, Palin has a point. Dogs have been on the menu in North America for centuries. (So have horses, but that’s another passionate argument.) Native Americans long viewed dogs as friends and food. And in the fascinating diaries of Meriwether Lewis and William Clark, who left St. Louis in 1804 on the Corps of Discovery Expedition to chart the West for Thomas Jefferson, there are some very interesting dietary entries. The expedition lived off the land, of course, and found all kinds of fish, game, fruits and vegetables in the wild. But in April 1806, as they followed the Columbia River in what is now eastern Washington, the lads had eaten about all the dried salmon they could stomach. Lewis writes:

It all seems quite revolting, but those of us who are meat eaters better shut up about what’s considered edible and what’s considered pettable. When the Summer Olympics were staged in Seoul in 1988, the South Korean government prevailed on restaurants to remove dog from the menu so as to not look barbaric in the eyes of the West. American journalists couldn’t resist references to “spot roast.” Very amusing that, but at the same time, Westerners see Indians as a bit odd for their sacred cows, while some Christians think it strange that Jews and Muslims eschew pork. By the same token, a friend of mine who grew up on a farm in Iowa told me he had plenty of pet pigs that he liked very much. But at some point they became dinner.

As an equal-opportunity omnivore, I have to respect Palin’s point. And living in Manhattan, I never have to shoot anything. All the meat I buy, including wild venison or salmon from Alaska, arrives nicely packaged or prepared and perfectly overpriced. As for dogs, well, with all of Manhattan’s precious designer Maltipoos and cockapoos prancing around my neighborhood, the thought of actually eating one of those little creatures seems quite unappetizing. Besides, there’s just not that much meat on them. I’m sure Sarah Palin would agree. 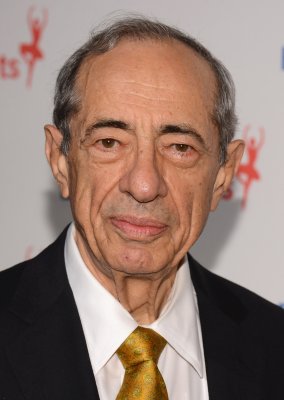 Pro-Choice Mario Cuomo Was Still A Catholic Politician
Next Up: Editor's Pick