These Are the Most Ingenious Gadgets From CES 2015

Welcome to the weirdest place on earth, where you’ll find Dr. Phil, 50 Cent and Cal Ripken Jr. roaming the halls, ducking under drones and sidestepping Segways.

No, it’s not just Las Vegas on a Friday night, it’s the Consumer Electronics Show, a gathering of gadget-makers that descends on Sin City every year to promote the latest, greatest wares. This year’s CES is poised to be the biggest one yet, with last year’s show attracting more than 160,000 attendees to the two million square-feet nerdly delights.

Can’t make it? No problem. Here are some of the wildest, smartest gear you’re missing at CES this year:

Bragi Dash: I don’t typically cover Kickstarter campaigns until the product is available for sale to everyone (because so many gadgets fail to hit the mainstream), but I’ve been anxious to get an ears-on with these earbuds since I first saw them. CES has deemed the in-ear headphone/4 gigabyte music player/waterproof, heart rate-monitoring fitness tracker worthy of an Innovation Award, so I have hope it will see the light of day.

The cable-free buds can work on their own or stream audio via Bluetooth from a smartphone. And available for preorder for $299, they will ship in April — or so says Bragi, the company that makes them.

Big Ass Haiku: Another Best of Innovation Award winner, the Haiku isn’t a smart poem, it’s “the world’s most advanced ceiling fan,” or so they say. But I say it’s one of the most stylish overhead fan/light combos I’ve ever laid eyes on, and the mobile app-connected fan can sync with the Nest Smart Thermostat to move air and keep energy costs down.

The Haiku also has 39 LEDs to light up your space and an onboard computer with a predictive learning microprocessor, infrared motion sensor and the ability to detect environmental conditions. A staggering collection of tech, to be sure, the fan, which is available now, also comes with a $1,000-plus price tag to match.

Fuz Designs Noke: Pronounced “no key,” this $59 smart lock works exactly as you may imagine: it has no key. Instead, the Android, iOS, and Windows-compatible padlock pairs with smartphones via Bluetooth, letting users unlock it with a tap of the app. Forgot your phone? Well, you’re still in luck. The buttonless device can detect Morse Code-like taps, so you can open it without a paired device. Available for preorder with an April ship date, there’s also an extra bike kit that will attach the lock and an accompanying chain to your ride’s seat post for $79.

Pacifi Smart Pacifier: New parents worry about everything (guilty as charged). Tapping into this concern, Blue Maestro is unveiling Pacifi, a Bluetooth-connected smart pacifier, at CES this year. Able to beam data to parents’ Android or iOS device, this $39 super-sucker can take your little one’s temperature, help you record when medication was administered, and — its smartest feature — trigger a phone alarm when the binky gets left behind.

Quitbit Lighter: Why quit smoking cold turkey when you can kick the habit with cool tech? A pocketable lighter that uses a heating coil to fire up your cancer sticks, Quitbit keeps a daily butt count, helping you to gradually draw down on your nicotine intake. Available for preorder and set to ship in March, the device will set you back $99, or about two cartons of Marlboro Reds.

Samsung Galaxy Note Edge: Though most of these gadgets are “smart things,” phones and televisions still dominate CES — device manufacturers just keep the big surprises under wraps until the show starts. But this Samsung smartphone is already on the market, with a novel edge-wrapping display that gadget geeks have been lusting over. The curved 5.6-inch AMOLED display gives apps more real estate to display information, notifications, and controls. Pick one up now at AT&T for $31.54 per month.

Sengled Snap Lightbulb: A perfect confluence of cutting edge tech, this smart spotlight bulb packs WiFi connectivity, LED light, and a 1080p security camera into one indoor and outdoor package. A 2015 CES Best of Innovation Award winner, this smart home device will cost $199 when it’s available later this spring. Personally, I can’t wait to plug one into my back-alley flood light and see what’s really happening back there.

Sensoria Smart Socks: Feel like your fitness app has been lying to you? Well, your feet don’t lie — at least that’s the premise behind these sensor-enabled socks. Packing powerful magnetic snaps, the Smart Socks hold onto a small anklet that that uses pressure sensors, an accelerometer, and Bluetooth connectivity to sync with your smartphone’s running coach app. Great for gauging your running form, the sock’s sensors can tell if you’re landing on your heels or toes and even monitor your cadence. Not yet available for sale, the whole package (anklet and socks) will cost $199, with additional socks running $49.

Vysk QS1 Quantum Security Case: Hacking, from celebrities to stores, was the biggest tech story of 2014. With smartphone cases like the Vysk QS1, here’s hoping that security will be the hottest topic of 2015. This case doesn’t just have a shutter to close off your phone’s cameras, it uses apps to re-route your phone calls and texts through secure, encrypted channels to give you a super-spy level of protection from digital eavesdroppers. And as a bonus, it packs a backup battery, boosting your smartphone’s power. Currently only available for iPhone 5/5s, this case isn’t for everyone. And even still, it’s currently only available for pre-order costing $229.

WakaWaka Base: Get ready for solar to shine bright in 2015. For years, WakaWaka has been making great mobile accessories that harness the power of the sun. And the company is as warm as its gear — for every device they sell, they give another one to needy people in developing countries. This new charger pumps out 10,000 mAh of power, enough to charge four LED lights. It also has a 5-port USB connector that can juice up phones and other gear. Pricing and a ship date aren’t yet available, but odds are it will be worth it and cannot arrive soon enough. 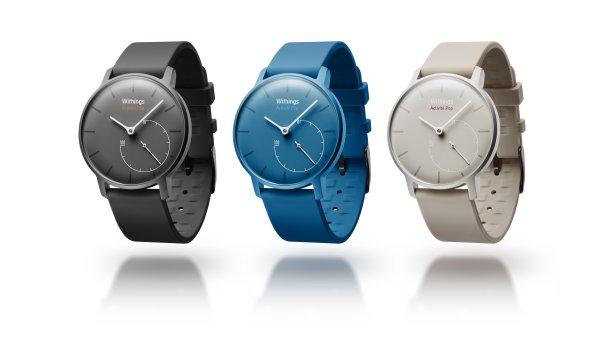 Here's the Incredibly Beautiful (and Cheap) Smartwatch You Might Actually Buy
Next Up: Editor's Pick