Researchers have developed a new software that predicts changes in bacteria that can make them drug-resistant.

Drug resistance happens when disease-causing bacteria adapts to antibiotics and becomes less responsive to treatment. Antibiotic-resistant bacteria cause at least 2 million infections and 23,000 deaths in the United States each year, but because the bacteria are constantly reproducing, it’s hard to determine what changes and mutations will occur.

Now a team of researchers at Duke University may have alighted on a solution. In a recently published study in the journal Proceedings of the National Academy of Sciences, the researchers’ software, OSPREY, was able to predict the most likely mutations to come out of certain bacteria.

Researchers were able to then test treatment with drugs that are still in the experimental phase. Identifying the most likely mutations while drugs are still under development, the team believes, means the medicine is better positioned for success when it hits the market.

“If we can somehow predict how bacteria might respond to a particular drug ahead of time, we can change the drug, or plan for the next one, or rule out therapies that are unlikely to remain effective for long,” said study co-author Pablo Gainza-Cirauqui in a statement.

The scientists looked specifically at a common drug-resistant bacteria called methicillin-resistant Staphylococcus aureus, or MRSA–a common cause of infections in health care settings like hospitals. They used their software to successfully predict that genetic changes that would occur in the bacteria when treated with drugs.

The researchers are now testing their software on other bacteria, but have made the software open for use by any researcher. The hope is that with time and practice the software algorithm will be able to predict genetic changes more than one mutation ahead. 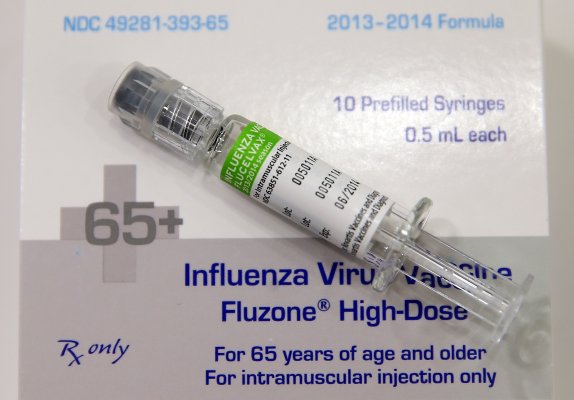 Flu Becomes Epidemic in U.S.
Next Up: Editor's Pick