A trader works on the floor of the New York Stock Exchange in New York City during the afternoon of Dec. 18, 2014.
Andrew Burton—Getty Images
By Laura Lorenzetti / Fortune

A company looking to raise money in 2014 didn’t have to look too far. Last year was the busiest for initial public offerings since 2010.

From Alibaba Group’s $25 billion IPO to much-hyped smaller listings, such as GoPro and Ally Financial, companies listing on the stock markets raised $249 billion worldwide, according to data collected by Thompson Reuters. Even without Alibaba’s record-breaking offering, last year was a standout period for IPOs.

IPOs picked up pace from 2013: about 40% more companies listed on public markets in 2014 compared to the year prior. They also raised more money. Leaving out Alibaba’s offering, which many agree is a once-in-a-generation kind of IPO, companies raised almost 36% more money year-over-year, according to the New York Times.

The booming market has led some analysts to speculate that it is inflated past realistic valuations, pumped up by overly optimistic investors. For instance, Lending Club’s December IPO valued the online lender at 35 times estimated revenue for 2017, which would put it on par with tech companies such as Facebook.

Fundraising in both the public and private markets have been driven by a confluence of factors, including low interest rates that have pushed investors toward higher-growth opportunities and a skyrocketing stock market.

While no mega-IPO like Alibaba is set for the year ahead, there are some big-name companies that are scheduled to go public, including file-sharing startup Box and “fine casual” dining chain Shake Shack.

Other potential IPOs remain the subject of much speculation. Investors are watching startups such as Uber, Pinterest and Fitbit carefully, though none have yet indicated when or if they will list on public markets. 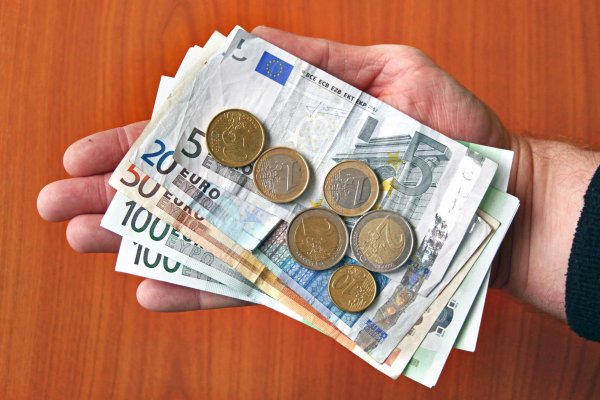 Euro Falls to a 9-Year Low on Greek Fears
Next Up: Editor's Pick