PlayStation Now Will Offer Over 100 Games for $20 a Month

PlayStation Now, Sony’s streaming workaround for PlayStation 4 owners looking to play PlayStation 3 games without a PS3 console, will finally go live in the U.S. and Canada on January 13 after running in beta for nearly a year.

Sony is rolling out PlayStation Now as a flat all-you-can-play service, as opposed to a subscription-free model that requires players to pay for each game, or a hybrid subscription plus pay-for-each-game model. Until now, Sony has let gamers rent games on an hourly, weekly, daily or monthly basis.

For either $19.99 a month or $44.99 for three months (about $15 a month), Sony is teasing access to “over 100 PlayStation 3 games.” If you want to take it for an obligation-free spin, Sony is offering a seven-day trial that includes access to everything. The complete list of PlayStation Now launch games is here.

PlayStation Now streams visual information from remote Sony-managed servers to the PlayStation 4, like game streaming pioneer OnLive, which has offered as much for PC games since 2010. The games are processed on the remote servers, and all that’s piped to players is the graphical output. All updates, downloadable content and saved games are handled by Sony’s backend, so you have access to everything instantly.

The caveat: visual streaming algorithms that hinge on reciprocal feedback–visual to you, your gamepad input back to the servers–can have noticeable fidelity issues. Be aware that you’ll need a zippy baseline broadband connection to meet the service’s requirements (a steady 5 Mbps, according to Sony, with all of that dedicated to PlayStation Now). If anything interrupts the flow, image quality will degrade, a bit like a camera going out of focus.

In my time with the PlayStation Now beta last year, I was impressed by just how solid the games looked, but I still noticed moments where image quality would drop–probably a point of contention for videophiles, never mind competitive gaming purists, who require visual verisimilitude. But if you’re looking to interface casually with a slice of Sony’s PS3 catalogue, PlayStation Now may be of interest. A 500GB PS3 still goes for $250 today, to say nothing of the cost of individual games.

PlayStation Now will be PS4-only at launch, but Sony plans to support other devices down the road, at which point you’ll be able to pause a game you’re playing on one device, then pick it back up from another. 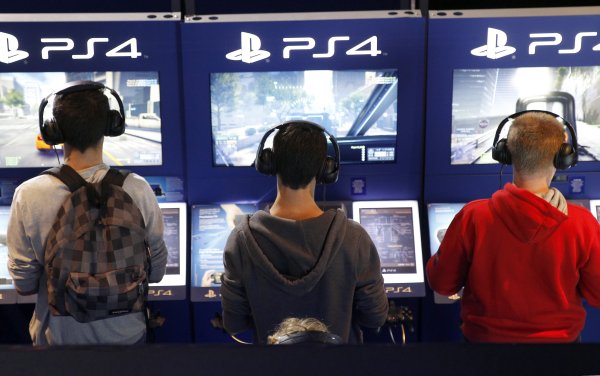 PlayStation Offers Deals in Apology for Holiday Outages
Next Up: Editor's Pick