The Soul of Stuart Scott

Stuart Scott’s impact can be measured in Sunday’s outpouring of affection for him after news of his death, at 49 from cancer, broke. It cut across all sports, all silos of American culture, from LeBron James to Tiger Woods to Barack Obama to Nicki Minaj. It can be seen in Hannah Storm, the seasoned television professional who couldn’t hold back her tears while eulogizing her colleague on live TV Sunday morning, or Rich Eisen, Scott’s straight-man for many years on ESPN’s SportsCenter, who cut into the NFL Network’s pregame playoff coverage to offer a raw, touching tribute.

Scott’s legacy can be seen, and will be felt, in his last ESPN appearance, the speech he delivered at the ESPY awards in July, upon accepting the Jimmy V Perseverance Award. “It was a miracle that he was even there,” says ESPN senior vice president Mark Gross, one of Scott’s first producers at the network. “He was in tough shape.” Scott’s colleague and friend, ESPN anchor Sage Steele, was afraid that Scott, weak from his cancer battle, might fall down the stairs as he walked onto the stage. But he didn’t, and Scott nailed it. “When you die, that does not mean that you lose to cancer. You beat cancer by how you live, why you live, and the manner in which you live,” he said. “So live. Live. Fight like hell. And when you get too tired to fight, lay down and rest, and let somebody else fight for you.”

Say what you want about ESPN’s stranglehold on sports media. Sure, the debate shows can stink, some SportsCenter schtick gets tiring. But between Scott’s virtuoso performance in July, and Jim Valvano’s “Never Give Up” speech back in 1993, the network’s personalities have offered two of the most most memorable rallying cries against that awful disease. Nothing but goosebumps.

Need more evidence of Scott’s singular impact? Just think about how hard it is to remember that he once had many haters. Scott got hate mail, because he infused his broadcast with hip-hop references. “Some of the viewing audience wasn’t used to it, wasn’t with it,” says Gross. “But Stuart never backed off.” Over the past decade, every time Scott showed up to anchor an NBA Finals, or a Monday Night Football game, it was a reminder to those who watched his early days at ESPN, in the mid-1990s, that Scott’s style more than prevailed. It became the standard.

When Scott came along, sure, there had been African-American broadcasters at ESPN. And there had been SportsCenter catchphrases. But no one was saying “yo” and “brotha” on the air. No one was screaming “Booyah!” No one said “Swoopes there it is,” paying clear homage to hip-hop songs and culture, when WNBA player Sheryl Swoopes made nice play.

At a time when hip-hop was ascendent, in both the inner-cities and amongst the white kids at the suburban shopping malls, no one on SportsCenter was talking directly to them, until Stuart Scott. No one had that swagger. No one, to borrow Scott’s best metaphor, was “as cool as the other side of the pillow.”

And sure, many folks wanted those kids to turn their music down. But in the end, Jay Z became royalty. Obama got elected. And Stuart Scott made it to Monday Night Football, the NBA Finals, and Saturday Night Live.

“Yes, he brought hip-hop into the conversation,” SportsCenter anchor Jay Harris said in Scott’s ESPN.com obituary. “But I would go further than that. He brought in the barber shop, the church, R&B, soul music. Soul, period.”

Lord knows that sports, too often ruthless and crass, can use it. RIP Stuart. We’ll dearly miss your spirit. Your soul. 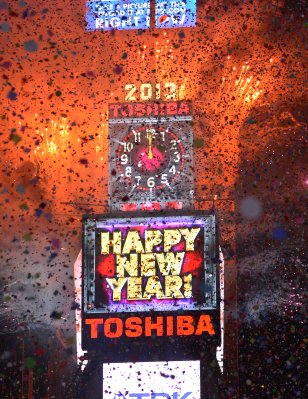 Netflix to Trick Kids Into Going to Bed Early on New Year’s Eve
Next Up: Editor's Pick