Dozens of New York City police officers turned their backs on Mayor Bill de Blasio during services Sunday to honor and remember a police officer who was killed while on the job last month. The protest defied a request from the city’s police chief not to use the funeral to protest the mayor.

“This city welcomed detective Liu,” de Blasio said, delivering a eulogy at the service. “New York stands a little taller today because of the time he walked among us.”

Officer Wenjian Liu was shot and killed along with his partner Rafael Ramos on Dec. 20 by a man who targeted the officers. The funeral for Liu had been delayed to allow family members to travel from China for the services. Liu himself moved to New York from China before joining the NYPD. Both the officer’s father and newlywed wife also delivered emotional eulogies for their fallen loved one.

“To me, he is my soul mate,” said Pei Xia Chen, Liu’s widow. “Wenjian is an incredible husband, son, co-worker and friend. My best friend.”

News of the protest added an unusually prominent dose of politics to the somber affair. As de Blasio praised Liu, officers from the NYPD and elsewhere turned away. William Bratton, the city’s police chief, had sent a department-wide memo Saturday asking that the funeral be about “grieving, not grievance.”

“I remind you that when you don the uniform of this department, you are bound by the tradition, honor and decency that go with it,” he said in the memo. 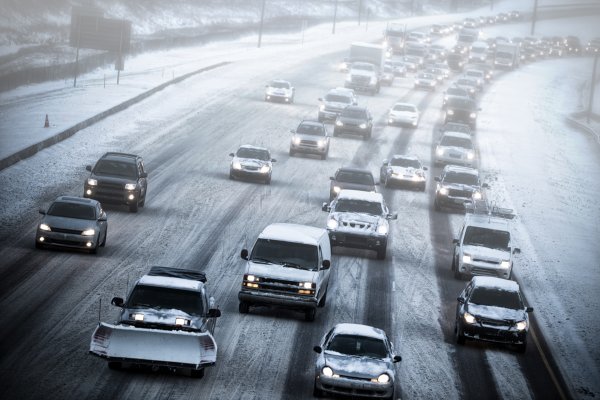