Longtime ESPN anchor Stuart Scott, who died at age 49 Sunday morning, will inevitably be remembered for the skill and enthusiasm he brought to his job as a sports broadcaster. But his death from cancer also has colleagues and fans recalling the inspirational way he kept on going in the face of a seven-year battle against the disease.

Scott shared what persevering meant to him in a speech at the ESPYS last July, where he was officially recognized for doing just that.

“When you die, that does not mean that you lose to cancer. You beat cancer by how you live, why you live, and the manner in which you live,” he said, holding up the Jimmy V Perseverance Award. “So live. Live. Fight like hell. And when you get too tired to fight, lay down and rest, and let somebody else fight for you.” 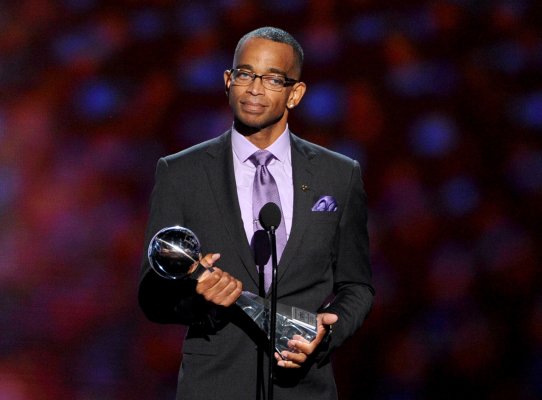 ESPN Anchor Stuart Scott Dead at 49
Next Up: Editor's Pick