We made it, folks. 2015, the year to which Marty McFly travels in 1989’s Back to the Future II. Sadly, some aspects of the future envisioned by the film have not yet come to fruition—ubiquitous hover boards, self-lacing shoes, dog-walking drones. But thank the heavens that other aspects of that future haven’t crept into ours. Fax machines everywhere? No thanks.

Here are six things we’re grateful Back to the Future II got wrong about the year 2015.

Granted, we’re just one terrible idea at an influential fashion house away from confronting a reality of people wearing two ties at one time, but it hasn’t happened yet and thank goodness for that. One tie is too many. Two is a crowd.

Fax machines are not really a part of life anymore

Certainly not to the extent they are in Back to the Future II—and that’s a good thing. The paper-wasting ink hogs get jammed, require maintenance, and are just no match for a nice scan and send or even just snapping a picture with a smartphone.

Or Griff’s entire costume, for that matter. His hat is some kind of meat tenderizer turned helmet, he wears pointy, elvish steel toed boots and his clothes have some kind of human-expanding element that makes him bigger and stronger (which would be cool to have, but not for bad guys to have). Actually this can go for most of the clothes worn in the future. Except for Marty’s sick threads. We want that jacket.

They wouldn’t be as cool as you think anyway. Yes, a pizza in four seconds sounds nice, but at what cost? Fortunately, trends in food are moving away from such time-saving, health-and-enjoyment-destroying food disasters and toward taking a little more time to make good meals with real food. Making pizza is fun!

Sure, Google glass is a thing, but there are already movements afoot to establish boundaries and good social practices with respect to wearable computers, and at least Google glass isn’t everywhere just yet.

Also a thing that would be a complete disaster in practice, which is something you know in your heart of hearts if you have ever driven in any big city. It’s hard enough to get people to politely navigate a two-dimensional roadway without terrible collisions all the time. Introduce above and below lanes and the entire social fabric would collapse. Any fender bender would result in cars crashing to the ground below, perhaps on pedestrians or buildings. 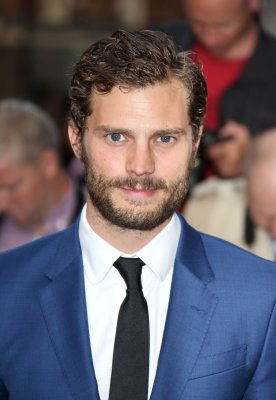