The 10 Best Apps for Your New Windows Computer

The new Microsoft Surface Pro 3 tablet with detachable keyboard and pen for writing on the screen after it was unveiled May 19, 2014 in New York.
Stan Honda—AFP/Getty Images
By John Patrick Pullen

Microsoft’s Windows 8 was a major shift for PC devotees, but love it or loathe it, the new look operating system is here to stay. And with that all behind us, the road ahead is all about Microsoft-compatible apps.

From kicking back with a crossword to leaning in to an engrossing, international webcam chat — and whether they’re used with the touchscreen or the touchpad — these ten apps help Windows users get the most out of their new PCs.

Fhotoroom: From color-correcting a 41-megapixel RAW image file to cropping a tiny little TIFF, this free photo editor is powerful and easy to use, bringing more than 90 tools to Windows computers. Crafted to match Windows’ Metro interface, Fhotoroom is as easy on the eyes as it is on the fingers. And with social sharing capabilities alongside dozens of filters and settings, it’s an excellent app for making your snapshots look snazzy.

Flipboard: Giving digital media a near-physical feel, Flipboard has been a favorite app for tablet users for years. With Windows 8.1’s melding of the tablet and desktop operating systems, Flipboard has made its ways to PCs — and it works great. Pulling news stories from a wide range of sources like your Twitter and Facebook feeds and even conventional outlets like magazines, the free app displays stories in clear type in the Windows app, with bold, colorful pictures dominating its pages. The end result is a reading experience that’s almost as good as a real magazine. Almost.

Fresh Paint: Macs have a reputation as the creatives’ computer, but if Windows gets more apps like Fresh Paint, we’d have to give that view another perspective. Aping the painting experience, this free app gives users all the tools they need — like oil, watercolors, and pencils — to make digital works of art. Paints can be mixed and blended together, and there’s even a “fan” button to dry the paint on the canvas. If that all sounds too realistic to be true, the app goes one step further, offering custom framed canvas prints with just a tap (or a click).

Microsoft OneNote: Like a TrapperKeeper for your PC, Microsoft’s cloud-connected note taking app is a great place to gather all your must-save info, whether it’s a scribble on the touch screen or an audio recording. With OneDrive integration, OneNote automatically uploads notes to the cloud for safekeeping. This feature is particularly valuable to anyone who’s ever had a program crash while they were working on a file (I’m looking at you, Microsoft Word), because it eliminates the need to save early, often, or really at all.

The New York Times Crossword: One of the saddest things about print’s long, drawn out demise is the disappearance of the crossword puzzle. It used to be that you’d find one on every coffee table — and now we just have coffee there. This free app brings the daily puzzle to Windows computers, letting Times subscribers do their crosswords on the screen. In addition to not needing a pencil and eraser, users can also access the previous 20 years of archived crosswords via the app. But if you like writing in the answers and have a Surface tablet, you can use the pen to fill in your squares, making it just like old times, only not.

Skype: Sure, Skype has been around for ages, but after Microsoft bought the webcam chatting service in 2011, they made it a big part of Windows. For instance, subscribers to Microsoft Office 365 get 60 minutes per month of worldwide calling. That’s a nice treat, but Skype Translator is even more radical: this video-calling app can help two people speaking different languages to understand each other as they talk. Right now it only works with English and Spanish for spoken words, but it can translate more than 40 languages via instant message as well.

Spotlite: Because of its deep library of tunes, Spotify is a great service for fans of all kinds of music. But you have to admit, its default app looks like WinAmp circa 1999. Spotlite lets paid Spotify subscribers put an up-do-date spin on the streaming music player’s looks, endowing it with the same feel as Windows’ new Metro interface, complete with big, bold buttons and simple color schemes. The free app is a third-party offering, meaning neither Microsoft nor Spotify put it out. But it’s very popular in the Windows App Store, so hopefully it sticks around.

TuneIn Radio: Have you heard the buzz about podcasts recently? They’re the biggest thing since, well, radio. And speaking of the old AM/FM bands, the TuneIn app is a great way to give a listen to more than 100,000 stations, as well as more than four million podcasts. Fully configurable to program your own presets or just grab local stations, the free Windows app categorizes content not only by topic (music, news, and sports, for example) but also by language, meaning you can find Spanish language channels in your home city as well as others all over the globe.

Wunderlist: Windows has decades of experience when it comes to getting things done, but relative newcomer Wunderlist has an equally impressive reputation. This cross-platform, multi-device service has a gorgeous, free Windows app that lets users organize various areas of their life into list form. Whether it’s remembering the groceries or organizing the day’s errands, this app will not just help you cross things off your list, it will let you cross entire lists off your list. (Or postpone them until tomorrow, if that’s your thing.) In addition, you can attach photos, PDFs and other files to your to-dos, and even share and delegate items with other users.

Xbox SmartGlass: Though Microsoft got its start as a software company, that was a long time ago, and these days its hardware is doing some amazing things. SmartGlass, for instance, turns Microsoft Surface computers into Xbox controllers, letting users interact with the gaming system with touchscreen gestures. Whether it’s browsing through shows or connecting with gamer friends, it’s a much more intuitive way to navigate menus. And sometimes the content takes advantage of the second screen interface in ingenious ways. For instance, when watching Game of Thrones on HBO Go, the Surface tablet will display a map of Westeros. As great as that sounds, there is a downside — the service requires that users have an Xbox Live subscription. 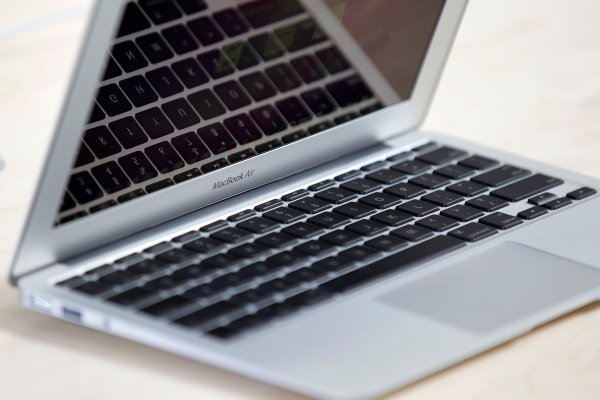 The 10 Best Apps For Your New Mac
Next Up: Editor's Pick