The 10 Best Apps For Your New Mac

The new 11-inch MacBook Air is displayed at the new Apple Store during a media preview on October 21, 2010 in Chicago, Illinois.
Brian Kersey—Getty Images
By John Patrick Pullen

Sales numbers aren’t in yet, but according to Flurry Analytics, 51% of new mobile devices activated on Christmas Day were Apple iPhones or iPads — three times more than the closest competitor, Samsung. Add that to the halo effect of iDevice owners also getting new Macs, and suddenly there’s a lot of empty Apple hard drives waiting to get filled with apps.

In the pre-iMac era, Apple computers suffered from a lack programs to choose from, but that’s not the case today. So, whether you just got your first Macbook or you’re upgrading to a Mac Pro, these ten apps will help you get the most out of your new Apple desktop or laptop.

Command-C: Yosemite, the newest Apple operating system, has some great features like Continuity, which lets Mac users share data with their iOS devices. But somehow the ability to copy text on an iPhone and paste it into the computer (or vice versa) has eluded Apple’s engineers.

Command-C fixes that problem with a seamless patch that throws text around between phones, tablets, and computers all linked on the same Wi-Fi network. If you’re planning on being productive with an array of Apple devices, this $3.99 solution (the Mac program is free, but the iOS app will cost you) is a time-saver well worth the asking price.

Disk Doctor: If you made the switch to Mac because “they just work,” well, I’ve got a secret for you: sometimes they don’t. (After all, why else would Apple Store’s Genius Bars be so busy?)

Disk Doctor, the number one-selling program in the Mac App Store, is proof positive of that, and an excellent utility for cleaning up your hard drive to make things run smoothly again. The $2.99 app scans the computer and can clear out files such as old mail downloads, browser data, and application caches, all with the flip of a switch.

Evernote: Versatile and easy to use, Evernote’s service bills itself as a replacement for your brain, a place where you can store web articles, photos, and notes so you don’t have to remember them. But the free Evernote app itself is so much more — organizing information as a collection of “notes” bound together as “notebooks,” it functions like a word processor, providing a great repository for all your thoughts. (For instance, I’ve been using Evernote as my primary writing app for years, and this article is even being composed with it.) Syncing across devices and providing the ability to share notes with other users, Evernote is something every computer user should have, regardless of their platform.

iA Writer Pro: For writers, whether they be students, professionals, or aspiring authors, nothing is as liberating (or intimidating) as the blank page. iA Writer Pro takes this principle and extends it to the screen, wiping away other apps and menu bars to free users of distractions. But the $19 app doesn’t stop there; it can also help you write more clearly with a syntax feature that highlights adjectives, nouns, verbs, adverbs and other terms. Cut the modifiers to tighten your prose and sharpen your verbs to make your sentences pop.

iWork: For a long time, the big knock on Apple computers was that they didn’t support Microsoft Office — and once they did get the software, the Macintosh versions lagged behind their PC brethren.

But if you’re still holding those opinions, you missed the news ten years ago when Apple released iWork, a suite with three apps (Pages, a word processor; Numbers, a spreadsheet application; and Keynote, a presentation program) that gets down to business, Steve Jobs-style. With crisp, clean interfaces, intuitive controls, and cloud-syncing capabilities, these apps make it easy and (almost) enjoyable to get work done. And even better, for people who bought Macs after September 24, 2014, they’re free.

Microsoft Office: Alright, that lovely writeup on iWork aside, Microsoft Office is still how (most of) the world gets down to business. But as hard as Microsoft has tried to catch up with iPads in the tablet space, the company’s new direction has them launching full-featured versions of its most popular productivity software.

Available for full purchase (starting at $139) or through a subscription model as Office 365 (as low as $6.99 per month), the software suite includes longtime PC favorites Word, Excel, and Powerpoint, as well as OneNote, the company’s note-taking app. And as a bonus, opting for Office 365 means the software is always up-to-date and can be used on iPhones and iPads as well.

Notability: Named the 2014 Mac App of the Year by Apple, this note-taking program is great for capturing thoughts no matter how you have them, whether its handwritten, typed, audio, photos or sketches. In addition, the $9.99 app can be used to annotate PDFs and other documents. And while the app lets users back up notes to Dropbox and Google Drive, iCloud integration ports entries to iPads and iPhones running their own touch-based versions of the Notability app.

Pixelmator: Adobe Photoshop rose to popularity on the backs of Apple users, but times have changed, and the lower-priced but high-powered Pixelmator is a clear Mac favorite now. This $29 graphics program renders images quickly, letting users paint original works, retouch photos, draw, and apply more than 160 different effects. Weaving in Handoff, Apple’s newest cross-platform technology, the program also lets users start a file on a Mac and switch to an iPad without missing a beat (or a brush stroke).

Quicken 2015: Good artists borrow; great artists bank — at least the creatives who use Macs to run this powerful personal finance program. A long-popular program on PCs, this newly refreshed piece of software can help automatically categorize transactions for all of your accounts, helping you stay on budget and keep current with your bills. And though it’s new (and on a Mac), the $75 app will still play nicely with all your old Quicken data, importing from older versions such as Quicken Essentials, Quicken 2007, and Quicken Windows 2010.

Topaz Impression: Remember that gorgeous sunset photo you snapped while on vacation on St. Lucia? Well, tucked away in your computer, it’s only dressing up the far reaches of your hard drive. This $99 app, while expensive, is ready to turn your Instagrams into instant art, converting your digital photos into brush-stroked masterpieces in the style of the master impressionists. Painting more than 10,000 brush strokes in under a second, Impression has a wide range of features from stroke size to volume and strength, making this much more versatile than the filters that your camera app applies. And with more than 100 effects, 72 textures and 17 different brushes, no two works of app-induced art will ever be the same. 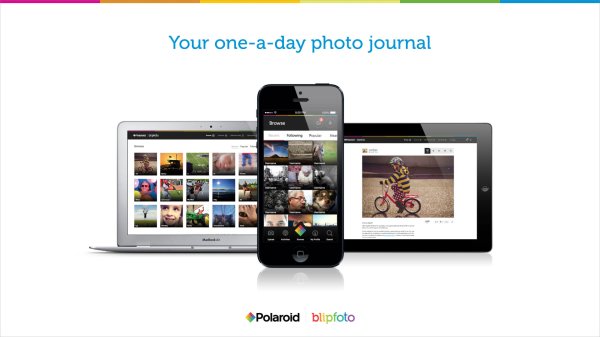 Why You Might Actually Be Taking Polaroids Again
Next Up: Editor's Pick