Comcast, Verizon and AT&T have claimed for years that if the Federal Communications Commission lumps broadband service providers into the same legal category as other public utilities, like telephone companies, the Internet as we know it will cease to exist.

Investment in digital infrastructure will plummet. Download speeds will go down the drain. And digital innovation will be a shadow of its former self.

This week, Google begged to differ.

In fact, in a letter to the FCC on Tuesday, Google Director of Communications Austin C. Schlick wrote that stronger regulations could actually be a boon for Internet speeds and infrastructure investment.

For example, reclassification would require telephone companies, like AT&T and Verizon, to allow new ISPs access to some of their existing infrastructure, including their utility poles. Telephone companies are already required to share that infrastructure with other telecom and cable providers, but so far have not been required to extend that access to broadband only services, too.

That rule-change could be huge for Google Fiber, the company’s highly-coveted lightning-fast broadband service. As of now, Google can’t depend on access to existing utility poles; instead, it has had to build its own infrastructure by digging up sidewalks and streets—which has proven slow, expensive, and politically problematic. Analysts say it’s one of the main reasons Google Fiber has been slow to expand outside of the three Western cities, Kansas City, Provo, and Austin, where it is today.

In the letter, Schlick cited an FCC report explaining that the “lack of reliable, timely, and affordable access to physical infrastructure—particularly utility poles—is often a significant barrier to deploying wireline services.” He added that, if ISPs were reclassified under Title II, the FCC “would have no reason to limit pole access rights that Congress conveyed precisely to ease this burden.”

In November, President Obama called for the reclassification of ISPs under Title II of the federal Communications Act, which would put ISPs into the same regulatory category as telephone, electrical, and water companies. Comcast, Verizon, AT&T and others in the telecom industry vehemently oppose such reclassification. They refer to it as a “nuclear option” that would impose burdensome and archaic regulations on broadband services that would send the American Internet back to the 1930s.

Google’s letter to the FCC this week, which provides qualified support for Title II reclassification, is therefore music to the Obama administration’s ears. Google enjoys fairly widespread support among Americans, whereas Comcast and other cable companies consistently rank among the bottom of the barrel. Google received satisfactory ratings from 80% of Americans, according to the American Customer Satisfaction Index in 2014. The same survey found that just 57% of Comcast broadband customers and 54% of Time Warner Cable broadband customers thought their ISP was doing a satisfactory job. Google’s letter is also a dig at Comcast and other cable companies, with whom Google and other Silicon Valley giants have been at loggerheads over the issue of net neutrality.

Google Fiber offers 1 gigabit per second download speeds, which is usually about 100 times faster than other ISPs’ basic broadband package. 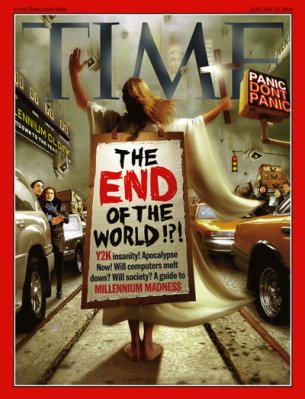 Remember Y2K? Here's How We Prepped for the Non-Disaster
Next Up: Editor's Pick