It’s been six years since Polaroid announced it would no longer make film for its iconic instant-developing cameras. Those machines were wildly successful in decades past, but Polaroid was slow to respond to digital cameras, smartphones and photo-sharing apps like Flickr and Instagram. These days, most people don’t need to develop film at all.

After shelving its most well-known product, Polaroid has made several attempts to stay relevant in the digital age. It released printers and televisions, but also several digital cameras powered by Google’s Android operating system, including 2012’s SC1630 and 2013’s interchangeable-lens iM1836. Neither were big hits. The company’s hardware has since moved in a more radical direction. The Polaroid Cube, for instance, is an entry-level GoPro-style action camera, and there’s the upcoming Socialmatic, a rectangular gadget that will pop out instant prints like the Polaroid cameras of old while also connecting to the web so users can instantly share their snaps.

But Polaroid isn’t giving up on software. On Friday, the company announced a partnership with photo-sharing service Blipfoto, a platform different from apps like Instagram or VSCO in that it limits users to uploading only a single image every day, along with a story about the photo. The idea is for users to better appreciate their most meaningful memories in a time when images are plentiful but attention span is not.

“People used to save their precious photos in a shoebox, looking through them and smiling at each special memory and sharing them with friends. Digital cameras have changed this forever and now 1.8 billion new images are being taken every day,” said Polaroid CEO Scott W. Hardy in a statement. “With Polaroid Blipfoto, we’re encouraging users to stop, take a step back and focus on one image that defines their day.”

Blipfoto was originally founded in Scotland in 2004 as founder Joe Tree’s personal blog, rolling out as a wider service two years later. It’s unclear how many users Blipfoto currently has but claims to have users in 170 different countries. The service has now been rebranded as Polaroid Blipfoto, offering a free basic account as well as a paid tier with exclusive features. Refreshed iPhone and Android apps are available in those services’ respective app stores starting Friday.

“With Polaroid Blipfoto, they have a place of reflection that they can look back on to relive memories and the emotions that accompanied them, said Blipfoto founder Joe Tree of the deal. “Polaroid is recognized around the world and is synonymous with the kind of fun and sharing that Blipfoto is all about.”

Terms of the deal were not disclosed. Blipfoto also won’t say how many people use the service. It says it has 5 million images on the service. Instagram, by comparison, has 300 million monthly active users. And while Blipfoto has a highly active photography community, it’s difficult to predict if mainstream users will be enticed or frustrated by the idea of having their daily uploads limited to a single image. 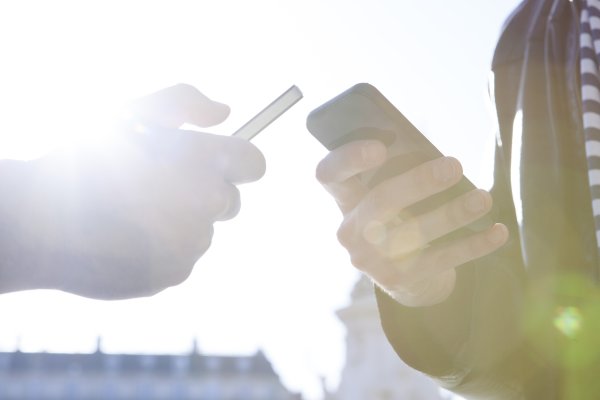 24 Great Free Apps and Tools to Help You Build Strong Habits
Next Up: Editor's Pick