Watch Taylor Swift Give Her Fans Christmas Gifts for 'Swiftmas'

Taylor Swift has made absolutely certain that she won’t be visited by the ghosts of Christmas past, present or future anytime soon – she has spread the giving spirit of the holidays to her fans with “Swiftmas”, and even Ebenezer Scrooge himself would be touched by her generosity.

Swift has documented all of the effort (wrapping, packing, getting more bubble wrap, writing cards, removing sleeping cats from presents) behind Swiftmas, as well as the reactions of fans who received her personalized gifts.

The singer, 25, posted the video to YouTube Wednesday, and it clearly reveals the joy she derives from spreading joy to others. She even drives to Connecticut to hand-deliver gifts to a mom and son on her list.

Katie Mullins, a third-grade teacher in Tucson, Arizona, became a Swiftmas recipient after she created a video to which Swift responded. The singer re-blogged the clip and wrote, “Standing ovation for Katie, as this is one of the greatest things I’ve ever seen,” and sent gifts picked out from Mullins’s Tumblr page.

“You can tell it’s really genuine, everything she writes. It’s not contrived in any way. She’s just so charming, her personality, the fact that she does stuff like this, it’s crazy,” Mullins told PEOPLE.

Are we sure Swift was born in Pennsylvania and not the North Pole? 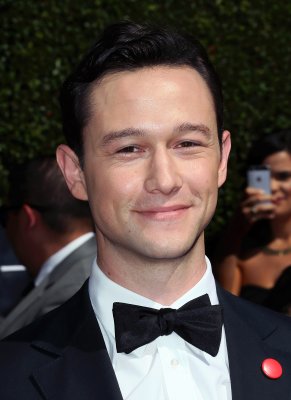 Joseph Gordon-Levitt Ties the Knot
Next Up: Editor's Pick