The number of civilians killed in Iraq doubled in 2014 from 2013, according to a new report out Thursday.

The public database project Iraq Body Count recorded 17,049 civilian deaths in Iraq in 2014, approximately double its tally in 2013 (9,743), which itself had doubled from the year prior (there were 4,622 civilian deaths in 2012). IBC, which has been recording civilian deaths in Iraq since the beginning of the American and British invasion of the country 12 years ago, attributed the growing violence on the rise of the Islamic State of Iraq and Greater Syria.

The sharp rise in civilian deaths makes 2014 the third worst year for civilians over the entire 12 years of the conflict, after the bloodiest years of the Iraq War in 2006 and 2007. 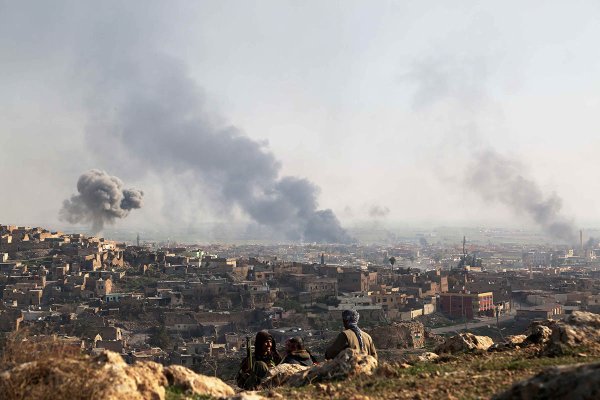