Kanye West and Sir Paul McCartney Team Up on ‘Only One’

Musicians Paul McCartney and Kanye West together at the Grammy's in 2009.
Lester Cohen—WireImage/Getty Images
By Denver Nicks

Before the calendar turned over to 2015 Wednesday night, Kanye West unveiled a parting gift for 2014—a collaboration between himself on vocals and legendary Beatle Sir Paul McCartney on the keyboard.

The track, titled “Only One,” and can be heard on Kanye’s website, appears to be written from the perspective of Kanye’s mother Donda, who died in 2007 due to complications from surgery. In a statement, West said he felt that through the emotionally charged lyrics, “my mom was singing to me, and through me to my daughter.” He noted that the name “Kanye” means “Only one,” reports Rolling Stone.

This is neither artist’s first time to the duet rodeo, of course. In the past West has teamed up with Katy Perry, Jay-Z and others, and since the Beatles broke up, McCartney has partnered on tracks with Michael Jackson, Stevie Wonder and more.

You can hear the song on Kanye’s website or purchase the track in the iTunes store. “Only One” looks to be the first publicly available product in what a West spokesperson called “a prolific musical collaboration between these two legendary artists.” 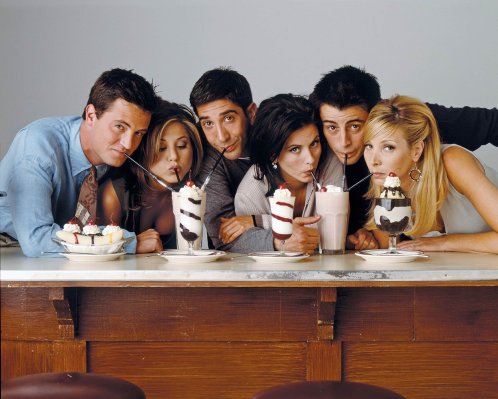 A Viewing Guide for the Friends Newbie
Next Up: Editor's Pick