“Within two minutes we saw a transport hit another car that was in front of us,” Jesley told TIME. The Ontario Provincial Police confirmed to The Weather Channel that “dozens of vehicles” were involved in a series of collisions on Highway 401 near Odessa, Ontario, on New Year’s Day.

“A lot of the cars around us didn’t have their lights turned on,” Jesley said. “The fact that we had ours on was at least partially to play that we didn’t get rear ended.”

An Ontario Provincial Police spokesperson told time that officers were still on the road following the crash, which occurred around 12 p.m. ET.

A public weather alert had been issued Thursday for snow squalls in the area. 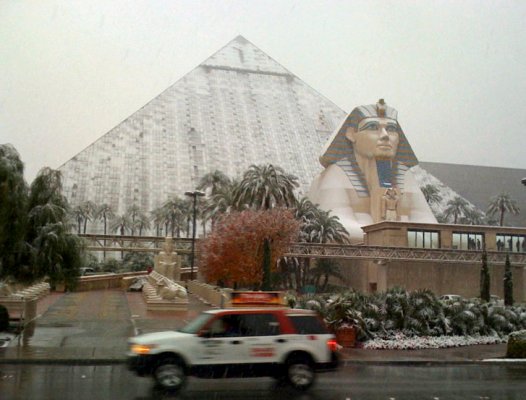 Las Vegas May Get Rare Snowfall
Next Up: Editor's Pick