Oklahoma could join a list of states where it is illegal to wear a hoodie in public, if a state senator’s proposed bill goes through.

Republican state senator Don Barrington has authored a bill to ban wearing a mask, hood or other face-covering in order to hide one’s identity in a public space, Oklahoma’s Channel 6 reports. The measure includes exceptions for holidays and special events like Halloween and religious beliefs.

Similar laws are already on the books in 10 states around the country, including Florida, California, New York and Washington, DC.

Proponents say hoodie bans help deter crime by preventing people from hiding their identity while entering a store or other public space, but critics of the measure argue that such laws restrict free expression and exacerbate problems with racial profiling in communities of color. 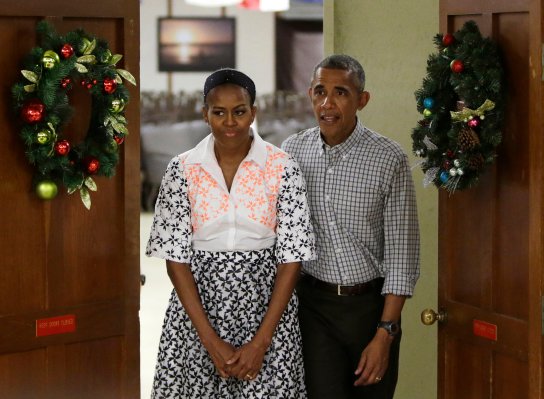 The First Couple Brings In the New Year
Next Up: Editor's Pick