“We should write a new history in North-South ties,” Kim said in his New Year broadcast on state television, according to AFP. “There is no reason not to hold the highest-level talks.”

The offer to hold talks between the two nations was floated a few days earlier by South Korea’s minister in charge of inter-Korean affairs Ryoo Kihl-Jae, who proposed January as a tentative date.

There have been no formal talks between the two countries since February 2014. An agreement to resume dialogue in October following a North Korean delegation’s visit to the South for the Asian Games was soon set aside following renewed border clashes. 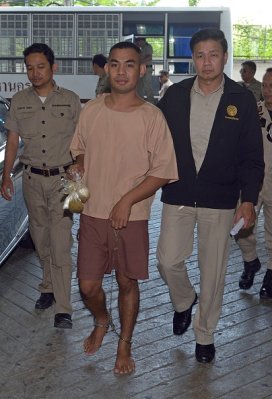 The Vicious Law Silencing Thai DIssent
Next Up: Editor's Pick