In this Dec. 17, 2008, file photo, snow covers the sides and sphinx of the Luxor Hotel on the Las Vegas Strip
John Gurzinski—AP
By Elizabeth Barber

Las Vegas may get a “rare” dusting of snow overnight Tuesday and into Wednesday, with some areas getting between 3 and 5 in. according to the National Weather Service (NWS).

“The best window for seeing snow in the Las Vegas Valley will be Wednesday morning into the early afternoon,” the NWS says. The service warned against travel on area highways on Wednesday and cautioned against using mountain hiking trails.

Meanwhile, much of the U.S.’s western and central regions are also bracing for bitter cold temperatures, with winter-storm warnings in effect for communities reaching from Southern California to the southern high plains. Some areas of the central and southern plains could feel temperatures between 20 to 40 degrees below average on New Year’s Eve, the NWS said. 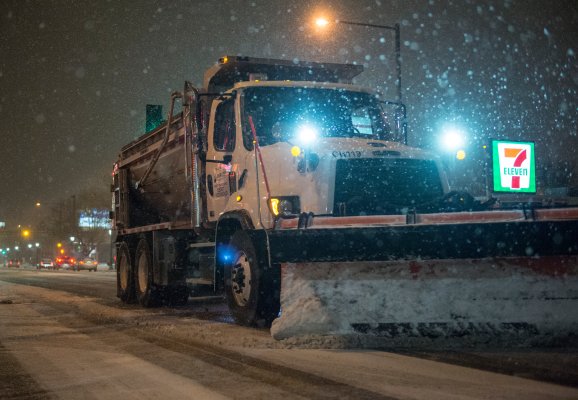