The ancient Mayan civilization, known for its monumental contributions to art, science, astronomy and architecture, was probably wiped off the earth by a 100-year drought.

Although drought has been previously theorized as one of the causes of the Mesoamerican civilization’s decline, a new study of underwater sediments off the coast of Belize lends further credence to that argument. The study was conducted by a team led by André Droxler, an earth scientist at Rice University in Houston, who told Live Science that he analyzed data from multiple places in the former Mayan heartland.

The researchers extracted minerals from Belize’s famous underwater cave known as the Blue Hole and the lagoons that surround it, and on analyzing them found evidence of a drought between A.D. 800 and A.D. 900 — a period that coincides with the Mayan decline.

Droxler also found that in the two centuries leading up to A.D. 1000, there were only one or two tropical cyclones every two decades as opposed to the usual five or six.

“When you have major droughts, you start to get famine and unrest,” he said. 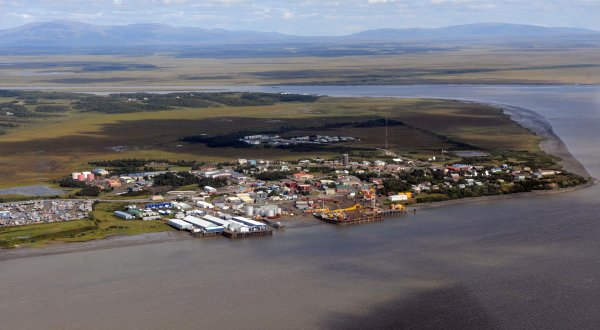 Alaska's Bristol Bay Made a No-Go Zone For Drilling
Next Up: Editor's Pick