If you’re trying to pinch pennies, you might want to stay away from New York City, Bellevue, Wash., Scottsdale, Ariz., and, oh, just about anywhere in California. According to a new analysis of Americans’ spending patterns by Mint.com, the 10 cities in the country where people spend the most are much, much bigger drains on your wallet than the national average.

In the Golden State, it helps to be made of money: the Silicon Valley area is especially spend, with Palo Alto, Mountain View and Sunnyvale all on the top 10 (Palo Alto is number one), along with Fremont, Irvine and San Francisco and San Jose.

Perhaps unsurprisingly, housing and auto expenses are highest in New York City, and healthcare costs are highest on the West Coast, in the San Francisco-Oakland and San Jose areas, two cities that have the second-highest home and auto spending, as well.

Nationwide, the top merchant frequented by Mint users is Amazon.com, followed by Wal-Mart, McDonald’s, Target and Starbucks, respectively. And for anybody who thinks it’s literally impossible to walk into one of those big box stores for one thing and not spend a bundle, you’ve got plenty of company: The average Wal-Mart transaction is more than $53 and the average Target ticket is more than $55.

And we make a lot — a lot — of food purchases: The top three spending categories by the number of transactions were all food-related: groceries, fast food and restaurants, respectively.

If saving the most money possible is your top priority, don’t despair, though: Mint also dug up the cities where Americans spend the least. You might want to check out a handful of cities in the middle of the United States: Columbus, Ohio, Indianapolis, Ind. and two cities in Texas — Fort Worth and San Antonio — were among the five places where Mint users spent the least, along with Orlando. 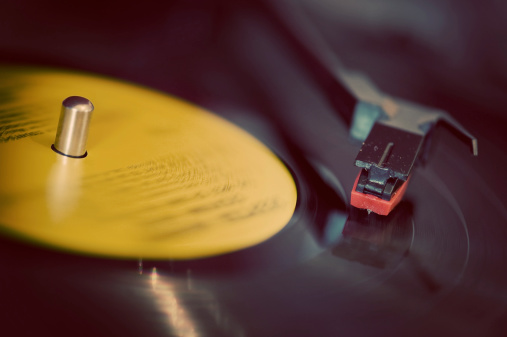 Vinyl Sales Hit Record High in 2014
Next Up: Editor's Pick