Why You Should Never Throw Away Your Old Tech

If you just got a brand new TV, gaming console or smartphone for the holidays, you’re probably trying to figure out what to do with your old model. It can be pretty temping to just toss your aging iPhone 4S or Xbox 360 in the trash like regular garbage, but that’s the absolute last thing you should do.

First, your old electronics are chock full of toxic stuff that should never make it to a landfill, like arsenic, lead, and cadmium. If those materials make it into landfills, they can potentially leak into our ecosystem, damaging plant and animal life and potentially impacting our food supply.

The green argument aside, there’s another good reason not to toss your old tech: It keeps your personal information safe. If you throw away your old computer, there’s no telling who might be able to get their hands on your hardware—and, by extension, your data.

“No one wants their personal business in the wrong hands, whether it’s just embarrassing, whether it ruins future job opportunities, or whether it’s in criminals’ hands who are going to swipe that data and take money from bank accounts,” says John S. Shegerian, co-founder and CEO of Electronic Recyclers International (ERI), among the biggest e-waste recycling firms in the world. ERI offers data-deleting services as part of its recycling and refurbishing programs, particularly for its corporate clients.

“We [wipe data] for the highest-level people in big government, small government, large cities, and for people like us who are very worried now not only about where their stuff is going from an environmental perspective, but for their own personal data,” Shegerian says.

So, if you can’t just throw your old stuff away, what should you do with it?

Recycling companies like ERI can help you dispose of your old tech responsibly —ERI in particular partners with big-box retailers like Best Buy and Staples, both of which offer programs that make it easy to ditch your obsolete gear. You can also check with your local city or town government to see if it offers any recycling options. Some manufactures, like Apple, will also recycle your old stuff for you—in some cases, you’ll even get a gift card in return.

Just to be on the safe side, make sure to erase your data before recycling anything.

Put it to new use

You might think that old iPhone 5 is utterly obsolete now that you’ve got a shiny new iPhone 6 Plus, but it’s still a plenty capable device, even if it’s not on a wireless plan. Need some inspiration? Check out TIME’s list of things you can do with an old iPhone, including using it as a smart home control panel or a baby monitor.

One man’s trash is another man’s treasure, after all. Xbox 360 consoles bundled with some games and controllers are still going for around $100 on eBay as of this writing—that’s good for an Xbox One game and six months of Xbox Live. Again, make sure to wipe your devices clean before exchanging them for cool, hard cash. EBay aside, you can try selling your stuff on Craigslist or through websites that buy used electronics directly, like Gazelle.

‘Tis the season, after all. If you can’t be bothered to recycle, reuse or sell your old stuff, at least consider donating it to a charity in need, if it’s in good working order. Get-Well Gamers, for example, collects video game consoles and brings them to children’s hospitals. Your old PlayStation 3 can either collect dust on the shelf this year, or it can put a big smile on a less fortunate kid’s face. 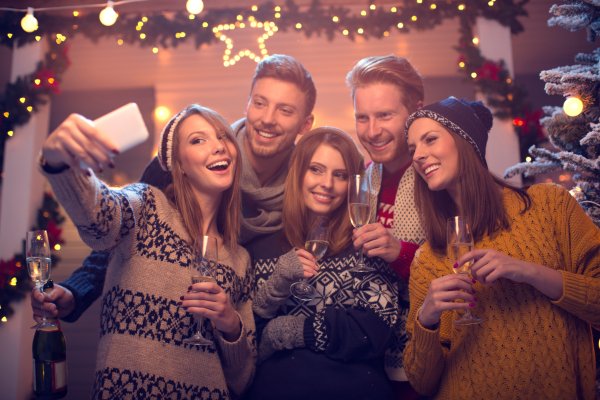 10 Tech Resolutions to Consider in the New Year
Next Up: Editor's Pick