To Create a New Habit, First Know You're Going to Break It

I’ve been obsessed with thinking about, adjusting and building upon my habits for a long time now, and working on good habits is probably one of the things that’s helped me the most to make progress with my startup. In addition, it seems like habits are now becoming popular again. This is a great thing, and books like The Power of Habit are helping lots of people.

Perhaps one of the things that is rarely discussed with habits is failing with them. How do you keep going with building habits when you fail one day, or you have some kind of momentary setback?

I thought it might be useful for me to share my thoughts on habits, and particularly the aspect of failing with habits.

There are the steps I’ve found that work best to create a new habit:

How I built my most rewarding habit

The habit I’m happiest with is my morning routine. It gives me a fantastic start to the day and lots of energy. To build it, I took the approach above of starting small and building on top.

I started my habit a few years ago when I was based in Birmingham in the UK. The first thing I started with was to go to the gym 2-3 times per week. That’s all my routine was for a long time. Once I had that habit ingrained, I expanded on it so that I would go swimming the other two days of the week, essentially meaning that I went to the gym every day at the same time. I’d go around 7:30, which meant I awoke at around 7 a.m.

Next, I gradually woke up earlier, first waking up at 6:45 for several weeks, and then 6:30. At the same time, I put in place my evening ritual of going for a walk, which helped me wind down and get to sleep early enough to then awake early. Eventually, I achieved the ability to wake up at 6 a.m. and do an hour of productive work before the gym. This precious early morning time for work when I was the freshest was one of the things that helped me get Buffer off the ground in the early days.

The next thing I made a real habit was to have breakfast after I returned from the gym. I then worked on making this full routine a habit for a number of months. I had times when I moved to a different country and had to work hard to get back to the routine after the initial disruption of settling in. It was whilst in Hong Kong that I achieved being very disciplined with this routine and wrote about it.

Today, I’ve built on top of this habit even further. Here’s what my morning routine looks like now:

It may seem extremely regimented, and I guess perhaps it is. However, the important thing is the approach. You can start with one simple thing and then work on it over time. I’m now working to build around this current habit even more.

Failing while building your awesome habit

One of the most popular and simultaneously most controversial articles I’ve ever written is probably The Exercise Habit. It’s one that has been mentioned to me many times by people I’ve met to help with their startup challenges. I’ve been humbled to find out that a number of people have been inspired by the article to start a habit of daily exercise.

Whilst in Tel Aviv, I met Eytan Levit, a great startup founder who has since become a good friend. He told me he had read my article and was immediately driven to start a habit of daily exercise. I sat down and had coffee with him while he told me about his experience, and it was fascinating.

He told me that he did daily exercise for four days in a row, and he felt fantastic. He said he felt like he had more energy than ever before, and was ready to conquer the world. Then, on the fifth day Eytan struggled to get to the gym for whatever reason, and essentially the chain was broken. The most revelatory thing he said to me was that the reason he didn’t start the habit again was not that he didn’t enjoy the exercise or benefit greatly from doing it. The reason he failed to create the exercise habit was the feeling of disappointment of not getting to the gym on that fifth day.

Get ready and expect to break your habit

What I’ve realized is that one of the key parts of building habits might be to know that you will not flawlessly create your habits. You are going to break your habit at some point. You are going to fail that next day or next gym session sooner or later. The important thing is to avoid a feeling of guilt and disappointment, because that is what will probably stop you from getting up the next day and continuing with the routine.

In a similar way to how Tim Ferriss deals with procrastination, I believe we should not try so hard to avoid breaking our habits. We should instead be calm and expect to break them sometime, let it happen, then regroup and get ready to continue with the habit.

Perhaps we took too much on, and we cut back a little or try to add one less thing to our habit. Or maybe we just had a bad day. That’s fine, and a single failure shouldn’t stop our long-term success with building amazing habits.

This article originally appeared on Buffer. 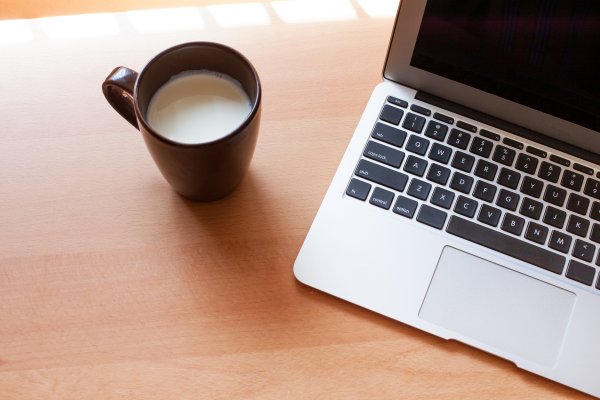 The One Thing I'm Doing To Be More Productive in 2015
Next Up: Editor's Pick