The Spice Ingredient That Can Block Bad Memories

Curcumin, a compound found in turmeric that may have protective effects against neurodegenerative diseases, might one day help those with PTSD let go of bad memories, suggests a new rat study published in the journal Neuropsychopharmacology.

Researchers at Hunter College and the Graduate Center at the City University of New York wondered if the compound could help post-traumatic stress disorder. To test the idea, the researchers fed rats either regular chow or pellets enriched with curcumin. They then conditioned the rats to fear a certain sound by playing a tone, then shocking their foot. After the conditioning, the researchers removed the rat brains and analyzed them. In other sets of experiments, they tried to get the rats to recall the fear memory by performing memory retrieval tests on them.

They found that rats who ate curcumin-spiked food had a much harder time retrieving the fear memory, suggesting that the compound played a role in keeping bad memories at bay.

“The curcumin effectively prevented the reconsolidation of the fear memory, and the effect was very long-lasting,” says Glenn Schafe, PhD, study coauthor and professor in the department of psychology at Hunter College. “It looked to us like very convincing data that the fear memories lost were lost in an enduring manner.”

You can’t draw human conclusions from rat studies, of course, but the results were so promising that the researchers plan to devise a way to test human subjects next.

They don’t yet know the mechanism behind curcumin’s memory magic trick, but Schafe suspects its anti-inflammatory property plays a role. Curcumin can affect cellular processes in the brain, and it’s especially good at targeting inflammation: a response implicated in a wide range of diseases from cardiovascular diseases to Alzheimer’s and even PTSD, he says. “The brain has its own kind of immune system,” he says. “The idea that curcumin, which is a natural anti-inflammatory compound, when introduced in the diet can affect these processes—which have also been implicated in memory formation—is pretty well grounded.”

Memory reconsolidation is a hot area of psycholofgy and psychiatry right now, Schafe says: A therapist will sometimes ask a person with a traumatic memory to recall it, a process that weakens and destabilizes the memory before it’s put back more permanently. Targeting that window with a dietary intervention like curcumin could be useful. “The idea is that the curcumin [interferes with] cellular processes in the brain that are critical for putting a memory into long-term storage,” he says.

Schafe’s rat study used 1 gram of curcumin per kilogram of body weight, which would translate into about 68 grams of curcumin per day for a human—out of reach for even the most avid curry lover. They used such a high dose because the compound is very poorly absorbed by the body, Schafe says, which is one of the major drawbacks right now for this promising natural remedy. And while cooking with turmeric is a good idea, the spice contains only about 3% curcumin. “The question is, how do we get this compound that does so many great things medicinally to get into the human in a concentration large enough to actually make a difference?” he says. “That is the future of this area.”

He hopes that one day, scientists will make a modification of the curcumin molecule to make it far more absorbable with effects at much lower doses. “The fact that we can feed rats curcumin at these very, very high doses that would be untenable in humans and show these effects certainly suggests that it’s worth pursuing,” he says. 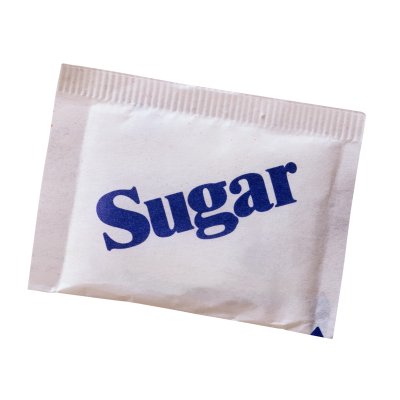 Why Doctors Ask About Soda
Next Up: Editor's Pick