When George H.W. Bush, the 41st U.S. President, died on Nov. 30, 2018, at the age of 94 obituaries celebrated his achievements as President – but his life offers lessons for almost everyone.

TIME’s coverage of former President H.W. Bush dates back to 1964, when he was a U.S. Senate candidate from Houston, and includes more than a dozen cover stories. Though the topics of those articles evolved through the years, a thread emerges: people across the political spectrum have found inspiration in George H.W. Bush’s approach to life. Here are three of those lessons:

Be nice, but not weak

In an Aug. 22, 1988, TIME cover story about Bush’s 1988 campaign, Garry Wills explored the future president’s personality, finding that any idea that he was weak was a “false perception” — from his war record to his attitude toward sports, there was plenty of evidence of his backbone. He was also used to being liked, and for good reason. “George Bush is authentically nice enough to put one’s teeth on edge; but he does not like to be made fun of,” Wills wrote, “and he especially does not like to lose.” Later in the same story, Bush is described as “both unnecessarily nice and improbably tough.”

Don’t forget to say “thank you”

In another cover story the following year, after Bush was elected, the then-President provided an example of how far gratitude can take you. “Most evenings between 8 and 10, George Bush excuses himself from the company of friends and family in order to be alone,” Michael Duffy reported. “As he has done for years, he retreats to a private study, now on the second floor of the White House, to read and write cards and thank-you notes to friends, political allies and even perfect strangers.” Though such extreme politeness might have seemed like a waste of time to some, it ended up making all the difference for Bush. For example, while trying to free some Americans who were being held hostage in the Middle East, he was able to call on personal relationships with world leaders from Jordan and Saudi Arabia to Britain and West Germany. As he put it in his inaugural address, and as he restated to TIME, “goodwill begets goodwill.”

“Do your best, try your hardest”

This last life lesson doesn’t actually come from Bush himself. Rather, it’s advice that his mother gave him and something he always tried to live up to, according to a TIME analysis during his 1992 campaign. Though in that particular case it seemed to TIME’s Michael Kramer that Bush was letting the tough campaign get to him, it was still an idea he was capable of manifesting. “He is smart and sharp, a quick study,” Kramer wrote. “I have seen him dazzle by sheer force of intellect.” His best, it was clear, could be truly great — but you don’t have to be President to face each challenge with dedication and effort.

Though he’s sure to be remembered for the political heights to which he climbed and for the dynasty he furthered, TIME’s coverage of George H.W. Bush makes it obvious that what he had to give the world, on a much more personal level, was important too. Just as he was able to bridge the gap between friendliness and force, these lessons of his life likewise bring together too seeming opposites—simple and profound.

In recognition of his ability to combine seeming opposites, TIME recognized “The Two George Bushes” as Men of the Year for 1990. Read an interview with the then-President from that issue, here in TIME’s archives: Determined to Do What Is Right 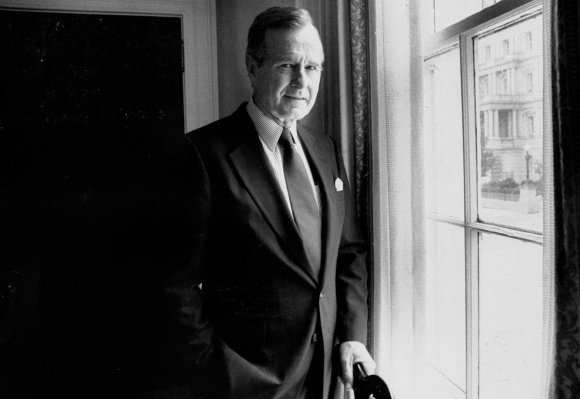 How President George H.W. Bush Did More Than He Got Credit For
Next Up: Editor's Pick