How the NBA's Age Limit Helps Colleges But Hurts Players

Terry Rozier #0 of the Louisville Cardinals shoots the ball during the game against the Kentucky Wildcats at KFC YUM! Center on December 27, 2014 in Louisville, Kentucky.
Andy Lyons—Getty Images
Ideas
By David Berri
David Berri is a professor of economics at Southern Utah University. He is the lead author of The Wages of Wins and Stumbling on Wins and continues to serve on the editorial board of both Journal of Sports Economics and the International Journal of Sport Finance.

With Saturday’s victory over in-state rival Louisville, some observers now expect the University of Kentucky men’s basketball team to finish the season undefeated. Although it is probably too early to make this prediction, it is not too early to think Kentucky has a very good basketball team.

As is probably true for most college coaches, a big part of Calipari’s success is recruiting. And Calipari’s recruiting is probably unique in the history of college basketball. Calipari doesn’t just recruit talented players. He has a tendency to recruit players who play only a single season for the coach.

The 2005 Collective Bargaining Agreement in the NBA, imposed an age limit on players entering the draft. Beginning with the 2006 NBA draft, players had be 19 years of age (and a year out of high school) before being eligible to be selected. This limit meant that players — like Kevin Garnett, Kobe Bryant, and LeBron James — would no longer enter the NBA straight from high school. Now a player had to play at least one year of college first.

And these one-and-done players have been crucial to Calipari’s success. We can translate the standard box score statistics tracked for players into a measure of how many wins a player produces for his college team (the method is essentially the same as what has been done for the NBA). When we look at the productivity of the one-and-done players at Kentucky, we see that these players have produced 63.7 wins for Calipari. This represents more than 40% of the team’s wins in Calipari’s first five seasons.

The impact of these players is not just seen on the court. Kentucky basketball also generates substantial revenue for the university. According to the Department of Education, men’s basketball at Kentucky generated $16.7 million in revenue the year before John Calipari arrived. Across the next four seasons, revenue increased each year, with the team earning $23.7 million in revenue in 2012-13 (the last year data is reported).

Professional sports leagues in North America – like Major League Baseball and the National Football League — pay about 50% of their revenue to their players (a similar story is told in the NBA and the NHL). If we argue that:

then – as the following table indicates — the one-and-done players employed by Calipari from 2010 to 2014 were worth about $21.6 million in revenue.

Each of these players received a one-year scholarship to the University of Kentucky. The cost of attending Kentucky – of a non-resident – is estimated to be less than $35,000. So clearly these players are receiving far less from the school than they would if they played in a typical professional sports league. Furthermore, that comparison tends to overstate the benefits the players are receiving. Although a college education (relative to a high school diploma) increases median earnings by 70.2%, just having some college only increases earnings by about 11.7%. In other words, one year of college is really not quite as valuable as the entire college education promised the student-athlete.

One could argue that these players could have chosen to just stay in school and complete their education. There is, though, a problem with this strategy. Published research indicates the longer a player stays in school, the later he will be selected in the NBA draft. In addition, a player will also be selected later if he scores less. And a player will score less if he returns and loses the competition for shot attempts with the next freshman class. For example, Terrence Jones, Willie Cauley-Stein, and Alex Poythress were all highly touted recruits who did not turn pro after one season. All three saw their shot attempts per game in their sophomore year decline relative to their freshman season.

Calipari has brought in an average of four top-40 recruits each season he has been at Kentucky. If one of these top recruits decides to stay, he knows he will face serious competition the next year. And so these players have an incentive to leave for the NBA draft as quickly as they are able. All of this means that Calipari is recruiting players who have a tendency to be one-and-done.

This system clearly benefits Kentucky. And with Calipari earning more than $5 million per season, he clearly benefits from this system as well. But it is also seems clear the players are being exploited (i.e., paid a wage that is less than the revenue the workers generate).

Calipari’s solution for the one-and-done issue is to have the NBA raise the age limit. This would then require these recruits to give Calipari two years of labor before entering the draft. Although this would replace the one-and-done player with the two-and-done player, this solution only appears to benefit Calipari and his employer. It is hard to see how having a player be exploited for an additional season leaves the player better off.

Two other solutions would seem to benefit the players. First, we could establish a free market for college athletes. Such a market would certainly increase the wages paid to these athletes. If that doesn’t happen, the NBA could return to the labor market where high school players were allowed to enter the NBA draft. If that happened, one suspects that some of the players who produced wins for Calipari would skip college basketball and go straight to the NBA.

Until that happens, look for Calipari to continue to stockpile top recruits at Kentucky. We should expect those top recruits to produce a significant number of wins for the coach. For example, after just 13 games this season, Calipari’s 2014 freshman class — Karl-Anthony Towns, Tyler Ulis, Trey Lyles, and Devin Booker — have combined to produce 41.4% of the team’s wins. If Kentucky does finish undefeated, this quartet will be a big reason for this outcome. But don’t look for them to stay and keep winning for the Wildcats. Another batch of recruits is sure to be coming. And that means the players who are currently producing wins for Kentucky and Calipari might want to skip on the promised education and consider finding a better paying employer.

David Berri is a professor of economics at Southern Utah University. He is the lead author of The Wages of Winsand Stumbling on Wins and continues to serve on the editorial board of bothJournal of Sports Economics and theInternational Journal of Sport Finance. 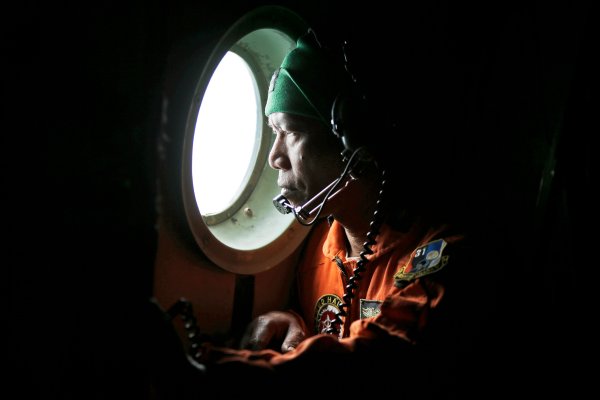 What Air France Flight 447 Can Teach Us About AirAsia Flight 8501
Next Up: Editor's Pick