Johnny Manziel of the Cleveland Browns at the game against the Carolina Panthers on Dec. 21, 2014.
Scott Cunningham—Getty Images
By Sports Illustrated

Cleveland Browns rookie quarterback Johnny Manziel admitted that the reason he was late for treatment on Saturday was because he overslept, but says he did not throw a party as was previously reported.

Manziel did not show up for treatment on his injured hamstring and was fined an undisclosed amount. Manziel was already on injured reserve and did not play in the team’s season finale against the Baltimore Ravens, which it lost, 20-10, to finish the season 7-9.

According to the Cleveland Plain Dealer, team security went to Manziel’s residence when he didn’t show up for treatment or answer his phone.

CBS Sports first reported that Manziel threw a party on Friday and that several members of the team, including receiver Josh Gordon, attended. Gordon was suspended for the Baltimore game for missing a team walk-through. Manziel denied throwing a party, saying that he had three friends in from his home state of Texas.

Manziel tried to take responsibility while speaking with reporters on Monday, saying, “It’s about actions, it’s about being accountable instead of looking like a jackass.”

In his rookie season, Manziel completed 18 of 35 passes for 175 yards with no touchdowns and two interceptions. 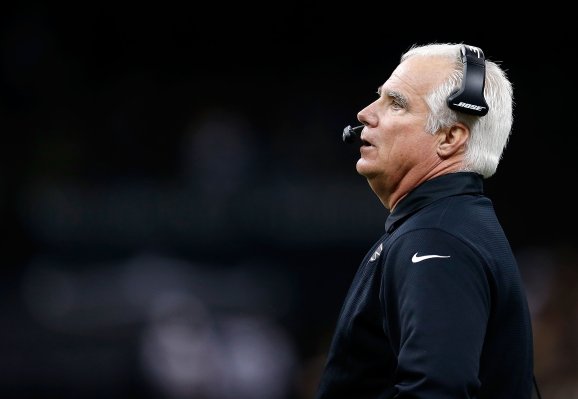 Judgment Day for NFL Brass
Next Up: Editor's Pick