A health worker who recently returned from Sierra Leone has been flown to London after being diagnosed with Ebola in Glasgow.

The female aid worker, named by local media as Pauline Cafferkey, arrived late Sunday night to Glasgow Airport on a British Airways flight, having traveled from Sierra Leone to Casablanca and London before reaching Scotland. NHS Scotland, the country’s health care system, said in a statement it has rolled out its infectious disease protocol.

“Scotland has been preparing for this possibility from the beginning of the outbreak in West Africa and I am confident that we are well prepared,” First Minister Nicola Sturgeon said in the statement. “We have the robust procedures in place to identify cases rapidly. Our health service also has the expertise and facilities to ensure that confirmed Ebola cases such as this are contained and isolated effectively minimising any potential spread of the disease.”

The patient has been isolated and is receiving care in the Brownlee Unit for Infectious Diseases of Gartnavel Hospital. Per U.K. and Scottish protocol, the woman was transferred to another high-level isolation unit at London’s Royal Free hospital. 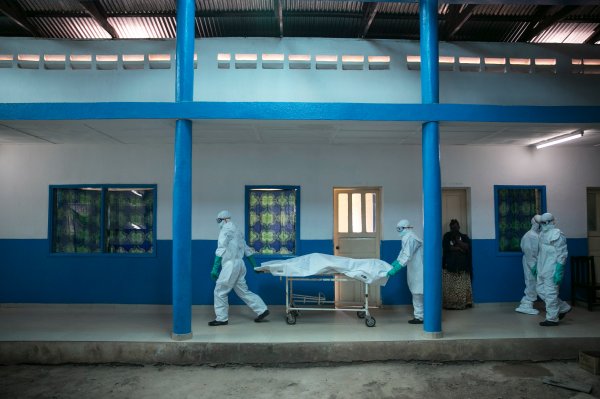 More Than 20,000 Ebola Cases Recorded in West Africa
Next Up: Editor's Pick