President Barack Obama’s golf game in Hawaii forced a military couple to relocate their wedding a day before their planned nuptials on Sunday.

Natalie Heimel and Edward Mallue Jr. had just finished their rehearsal at Kaneohe Klipper Golf Course, located on the Marine Corps Base Hawaii, when they were informed they would have to move their planned ceremony at the 16th hole because the President would be playing through the holes, Bloomberg reports.

Wedding organizer Naile Brennan said anyone who plans an event there while Obama is in town is warned ahead of time about the chance of an 11th-hour rescheduling. The ceremony was moved to a “much prettier and much nicer venue,” she said. “It’s more secluded and there are no golfers yelling ‘Fore!'”

Even though the newlyweds knew Obama was in town — they invited him to their wedding but received a congratulatory no-show letter in response — their relocation still came as a shock. After Obama found out what happened, according to Jamie McCarthy, a sister of Mallue, “he apologized and congratulated them” in a “wonderful” personal call to the bride. 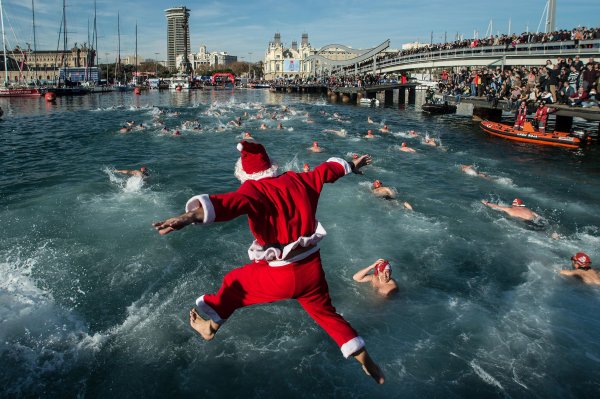 18 Surprising Photos of Christmas Around the World
Next Up: Editor's Pick