Venezuelan Foreign Minister Rafael Ramirez speaks to journalists ahead of the Organization of the Petroleum Exporting Countries in Vienna, Austria on Nov. 27, 2014.
SAMUEL KUBANI—AFP/Getty Images
By Nick Cunningham

Low oil prices are putting major oil producers in a squeeze. The Russian central bank has been forced to cough up foreign exchange in order to defend itself from a currency crisis. But it may be Venezuela that is the least prepared and most in danger of an economic freefall because of the dramatic decline in oil prices.

Venezuela is particularly vulnerable as its economy depends on oil for 95 percent of its export revenue. The economy was stagnant even when oil prices were in triple digit territory. In fact, the violent protests that broke out in Caracas in February 2014 occurred when oil prices were well over $100 per barrel. But mismanagement of the economy is not a new phenomenon – inflation-adjusted per capita GDP in Venezuela is 2 percent lower today compared to what it was in 1970.

However, the South American OPEC member saw its fortunes go from bad to worse when oil prices started to decline. In October, prominent Harvard economists Carmen Reinhart and Kenneth Rogoff predicted that Venezuela would most likely default on its bonds as a result of oil prices. And that was when Brent crude was trading above $80 per barrel. Since then, it has tumbled another 25 percent to $60 per barrel.

The clouds are darkening around Caracas. According to the Wall Street Journal, credit-default swap prices indicate that Venezuela is facing a 61 percent chance of default within the next year. Even if they can avoid the worst in the short-term, the Venezuelan government has a 90 percent chance of defaulting over the next five years. Bloomberg pegs the chance of default at a much higher 97 percent by the end of 2015. These projections are significantly worse than the 50-50 chance the markets figured only two months ago.

Venezuela is in a much tougher position than some of its oil producing peers because its foreign reserves have fallen to dangerously low levels. Russia has had to sell off $80 billion in foreign exchange so far this year in order to keep the ruble from collapsing, but it still holds somewhere on the order of $400 billion in reserves that it can draw upon to weather the downturn. Venezuela, by comparison, may only have around $21 billion, the lowest level in years.

That leaves Venezuelan President Nicolas Maduro with very little firepower to stave off a bond market onslaught. Venezuelan bonds fell to their lowest level in 16 years in mid-December after Maduro ruled out a scrap of fuel subsidies. They now trade at less than 40 cents on the dollar.

Maduro says credit rating agencies – Fitch slashed Venezuela’s credit to CCC in mid-December – are waging a “vulgar, immoral blockade” on the country. But without a rebound in oil prices, Maduro has few options left to avoid an economic crisis.

Nevertheless, many market analysts think that default will be an option of last resort since doing so will inflict more pain than its worth. “The cost of defaulting is still too high relative to the benefits,” Carl Ross, an analyst at Grantham Mayo Van Otterloo & Co., told the Wall Street Journal in an interview. “Investors are expecting some sort of positive policy response that allows Venezuela to muddle through.”

Still, while Maduro may successfully steer the ship away from external default, that may be of little solace to the average Venezuelan. As economists Reinhart and Rogoff note, the Venezuelan government is “defaulting in numerous ways on its domestic residents already,” including failing to pay for pharmaceutical imports, food, and unpaid bills to airline companies.

Such domestic defaults also result in “deeper and longer-lasting recessions and much higher inflation” than from just external defaults alone, Reinhart and Rogoff say. In other words, Venezuela is already facing an economic crisis, it is now just a question of how bad it gets.

This is why Venezuela was pressing OPEC members – Saudi Arabia in particular – to cut oil production so that prices would rise. But, on December 21, OPEC affirmed once again that it will not cut production and will instead let the market sort itself out. That, no doubt, is not welcome news in Caracas. 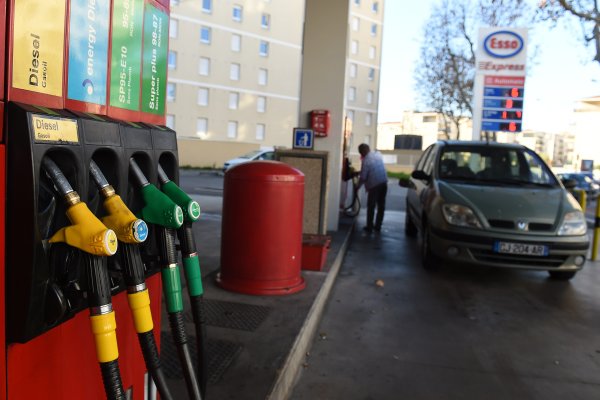 The Positive Side of Low Oil Prices
Next Up: Editor's Pick